Please bear in mind that today is Pearl Harbor Day. 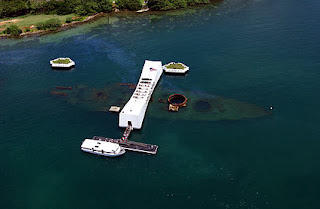