MERRY CHRISTMAS TO ALL AND TO ALL A GOOD NIGHT!

I wish you all great joy on this Christmas Eve. Sweet Cheeks will be here tonight for ham and scalloped potatoes.

We had a party at work yesterday that, happily, was not a pot luck. It was catered. We ate our little hearts out and then had a gift exchange that had us all laughing. We even got to leave early, and today is a paid holiday. I am happy to be with Franklin and Penelope who did not complain about not rising at 6 a.m.

A lovely young lady came by with her two daughters and accepted my offering of children's books and Christmas cookies. I baked several kinds.

This statement mystified me for a moment. Things? Butter? Eggs? Cockroaches? What things had he found in my cookies that offended him?

So I am about to whip up a batch of peanut butter cookies for my dear Sweet Cheeks. He had damn well better eat them and like them. 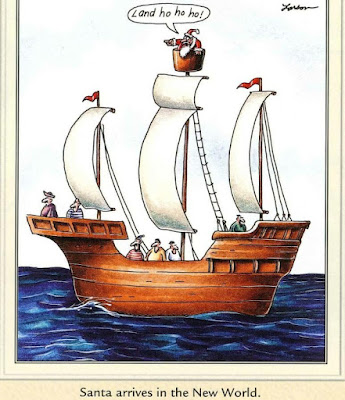 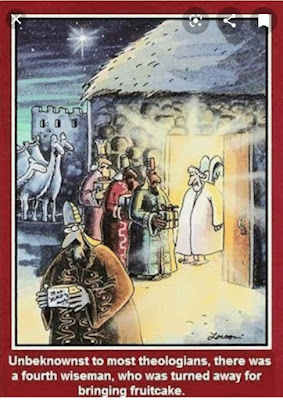 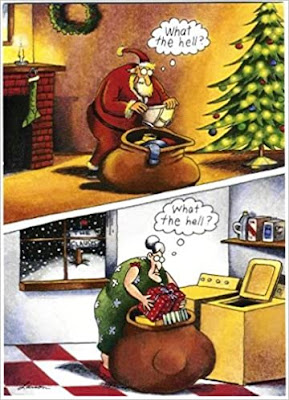 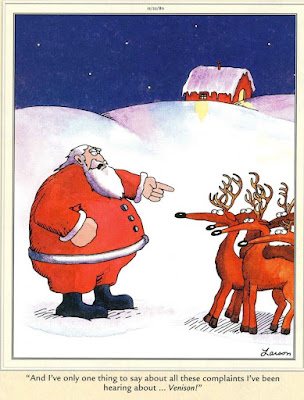 IT'S ALL FUN & GAMES TILL SOMEBODY'S EYE GETS POKED OUT

Yesterday I passed an exam that allowed me to obtain the necessary credentials for my job. About half of us passed. I'm grateful to be one of them. The exam was quite difficult.

So I'm starting to return to holiday life. I've baked one kind of cookie, and I hope to bake a lot more Friday evening and Saturday. This evening I addressed Christmas cards, although I'm not sending as many as usual.

I'm very happy to tell you that the folks in my new workplace are all polite and friendly––no shouts, threats, or harassment, and I'm certain that kind of behavior would not be tolerated. It's a delightful surprise after my last job.

Franklin and Penelope were shocked the first day I rose at 6 a.m. and left them on their own for the day, but they adjusted quickly. Their Auntie Maureen comes over every day to let them out and give them some attention.

A reminder for jewelry lovers: Maureen makes adorable jewelry and sells it at

You might need a gift for someone, or better yet, a gift for yourself, especially after you see what other people spring on you.

Almost every day I wear Christmas earrings made by Maureen.

I'll try to return to at least semi-regular blogging soon. I have a great story to tell about my recent mammogram, or boob squishing as I prefer to call it.

My new job requires credentials I've never had before, so I need to study. If all goes well, I'll be with you again in a couple of weeks. 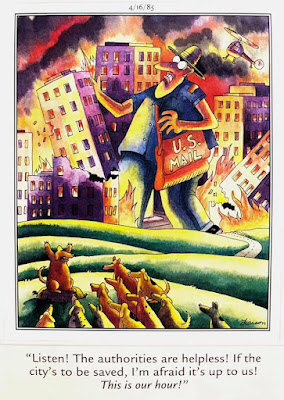 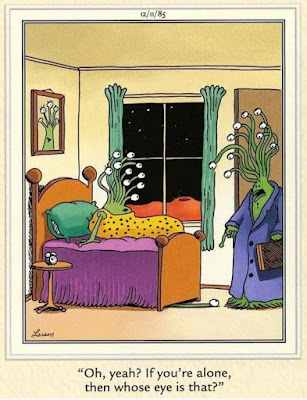 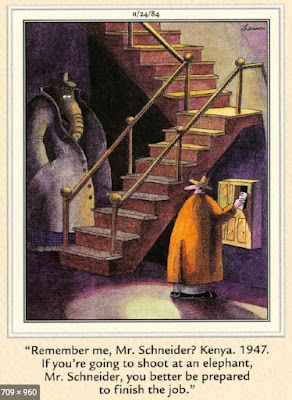 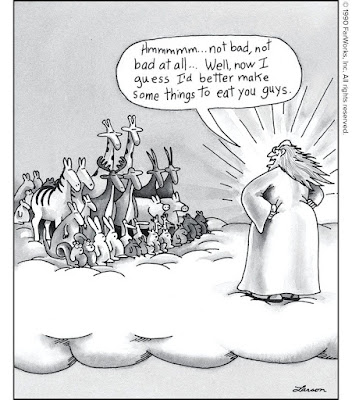 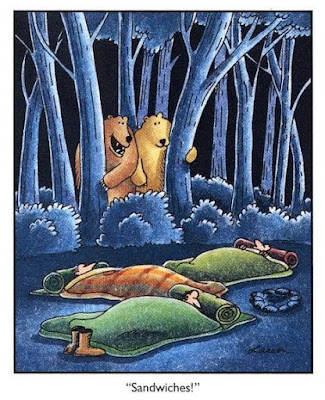 TAKING CARE OF BUSINESS BUT NOT WORKING OVERTIME

Remember when Blogger told us that following blogs by email would end over the summer? It hasn't happened. Is it a way of lulling us into complacency and then suddenly slapping us with the loss?

Do some of you who comment here have blogs that I'm not following? I look at profiles when they're available and don't always see a blog listed. If you follow/visit me, then I'd like to check out your blog.

I continue to see that my comments don't always show up on your blogs, including when you don't have comment moderation enabled and I can see the comment before I depart. I swear I'm visiting you! Where do the comments go?

Do you have (American) Thanksgiving plans? I told Sweet Cheeks I will prepare a feast if he will join me. He accepted my invitation immediately, and I have already purchased most of the fixins.

A police officer knocked on my door last week. My son had to request that an officer accompany him so he could get more of his belongings from my garage. Everything went well. He is obeying the restraining order and has not disturbed my peace.

I received a summons for jury duty a while back. The first time I was to be there, I got in an accident on the interstate and had to call to explain why I hadn't arrived. The lovely lady who answered the phone for jury services told me it was okay and she would reschedule my service. The second time I was to be there, I dropped the hedge clippers on my foot the day before and had difficulty walking. The lovely lady rescheduled me for yesterday. On Friday I received a text and email telling me the court session was canceled and I did not need to appear. Hallelujah!

Franklin's thyroid levels were checked again last week. The vet said they're spot on. With cooler temps, we're enjoying some long walks. Franklin no longer turns around to head for home after a short distance. Walking feels good, and it's good for us.

If you decorate for Christmas, when do you set out your decorations? I usually decorate the day after Thanksgiving. I love the flashing of those pretty, little lights.

I hope you're having a great week. 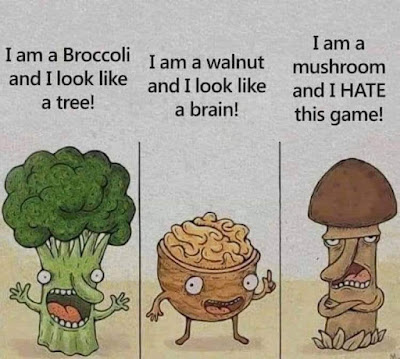 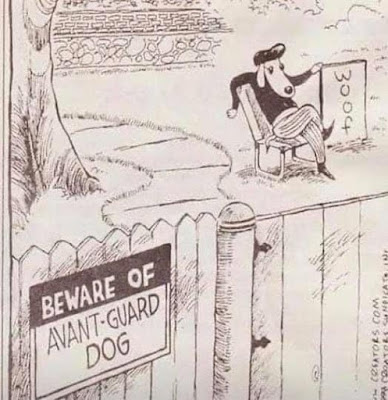 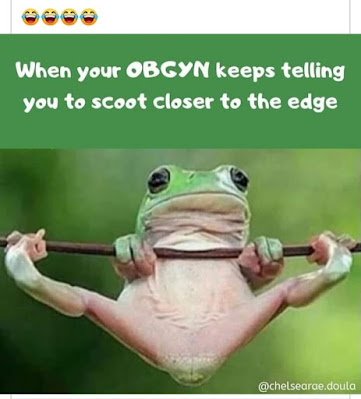 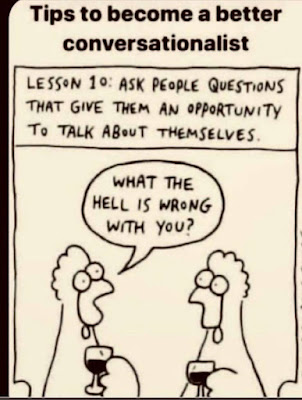 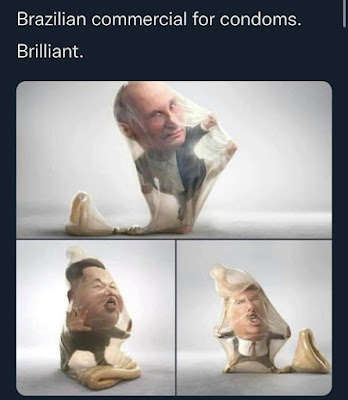 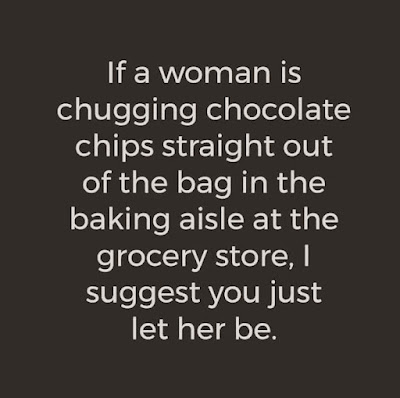 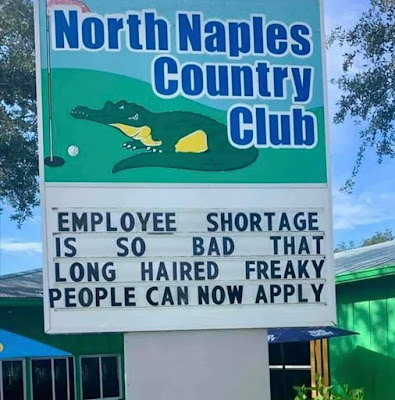 If you read my first Whatcha Doin' post, then you know what I'm reading.

I've been watching The Comey Rule, which consists of four episodes on Netflix. It's a Showtime production that aired not long before the 2020 election. I thought it was excellent. It was especially interesting to see how James Comey's descriptions of his meetings with Donald Trump compared with Trump's statements about their interactions. Comey is played by Jeff Daniels, while Brendan Gleason has the odious task of portraying Trump.

I would characterize Trump and his staffers as deliberately obtuse. I say deliberate because they seemed to have no interest in correct information or understanding how the government does business. Of course, Trump fired Comey from his post as FBI Director, to which he had been appointed by President Obama. He seemed to think it was Comey's job to support Trumpland and its lies rather than to be loyal to the American people and the constitution.

Andrew McCabe (played by Michael Kelly) became the acting director of the FBI following Comey's departure. Trump infamously fired McCabe the day before he was to retire.  I noticed he was back in the news recently because his wrongful termination lawsuit led to the reinstatement of his pension and other benefits.

I'm chastising myself––not too strongly––because I haven't made all the appointments I need to take care of before the job begins. But tomorrow is another day, and this afternoon, my hair is my priority.

Fun, relaxing, and enjoyable can all be applied to weekend visits with Sweet Cheeks. He no longer speaks of going home Saturday night. He simply stays. Recently as I lay in his arms, he said, Everything is good between us because we love each other.

With my friends at Two Men and A Little Farm, I can ponder such topics as, What do cows like to talk about when we can't hear them? and What do cows find humorous about people? 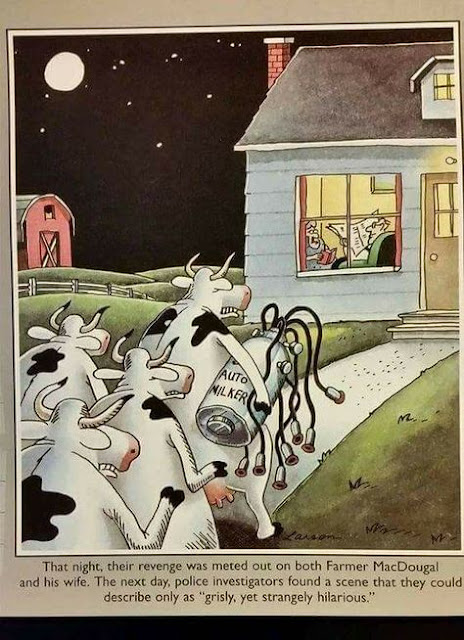 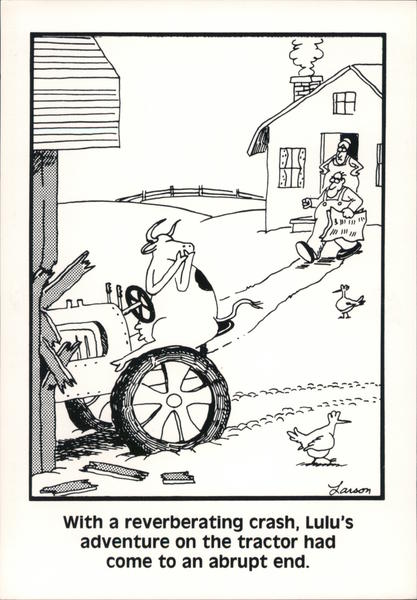 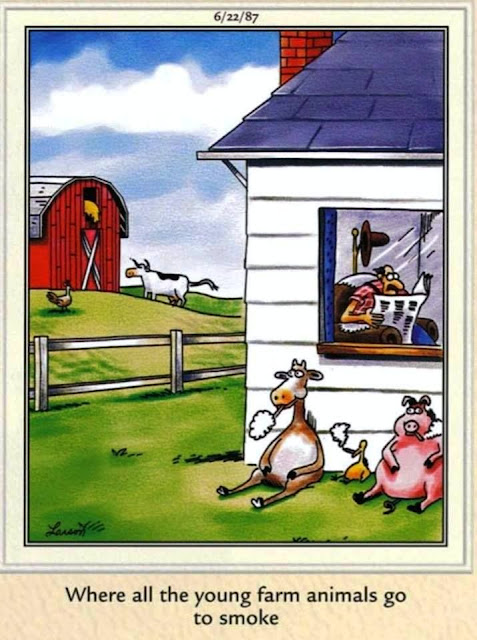 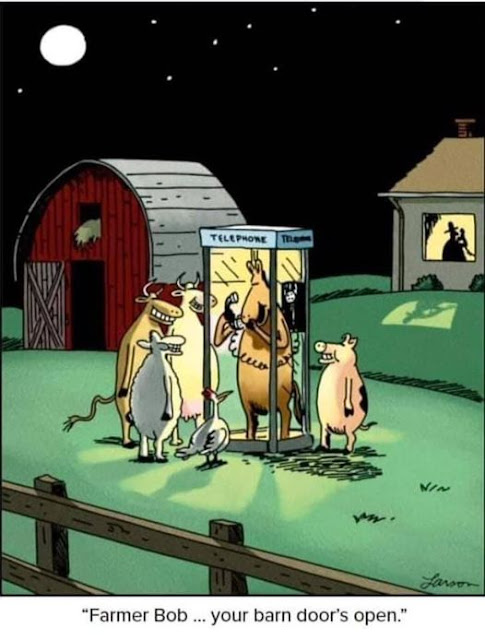 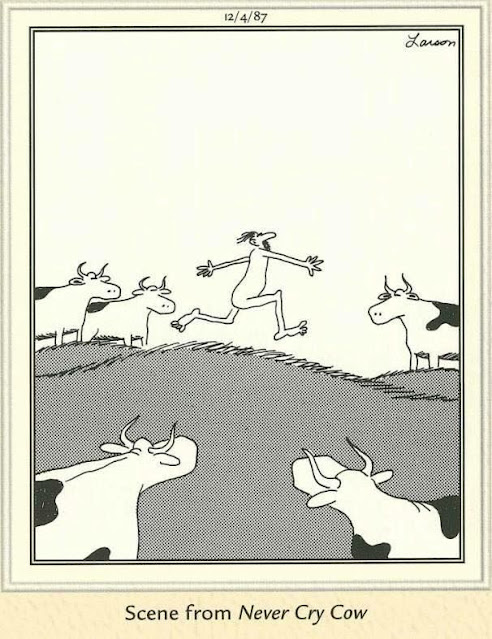 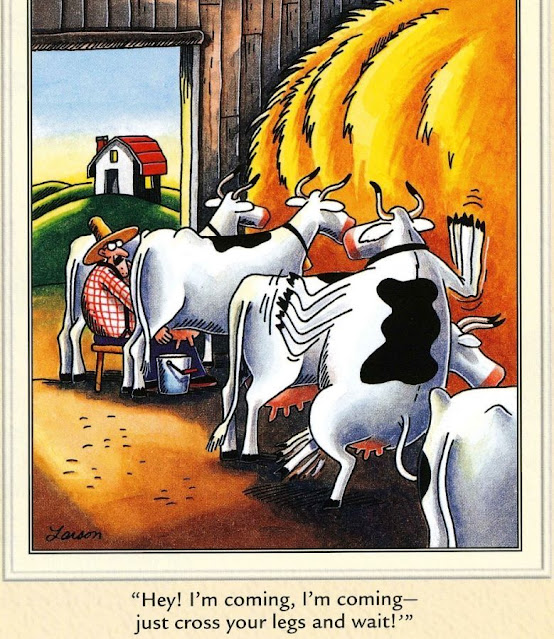 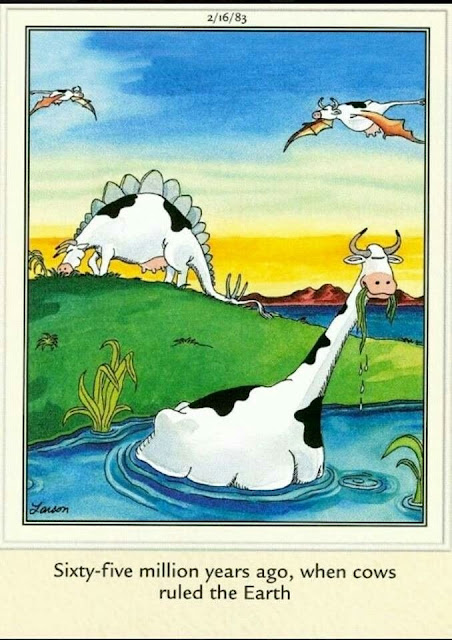 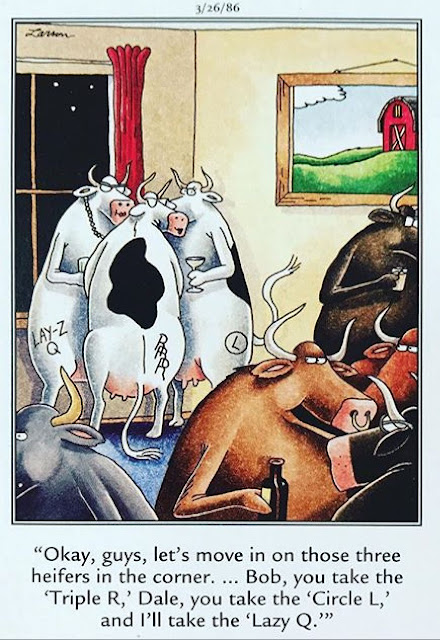 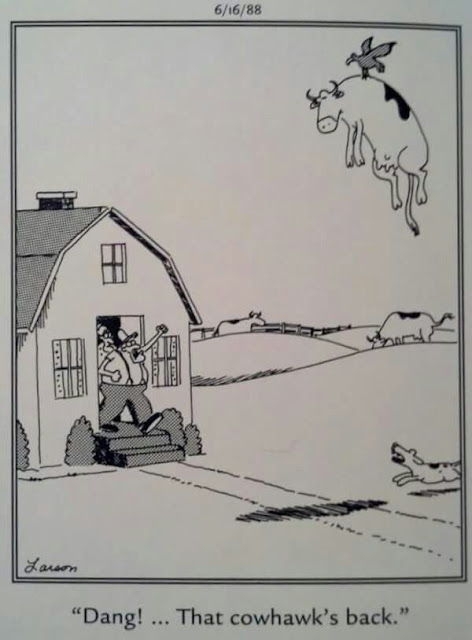 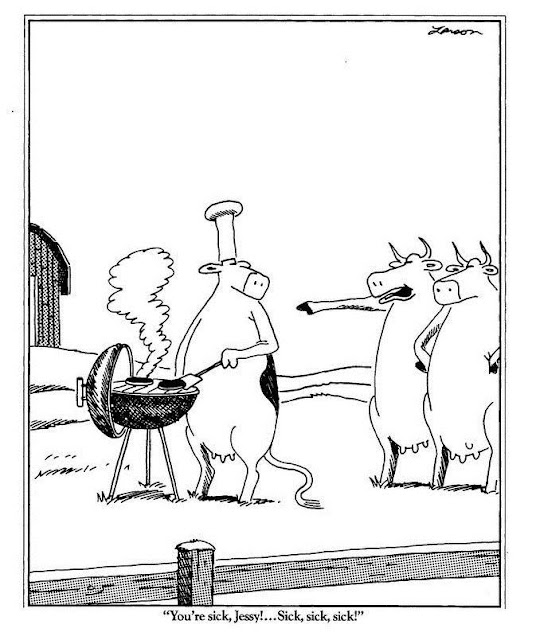 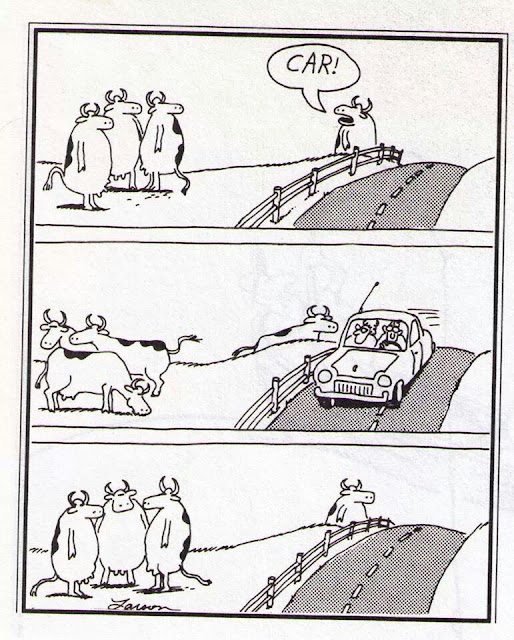