FRANKLIN FRIDAY: WE ALL HAVE TO VISIT THE VET SOON

Hi Every Buddy. It's me, Franklin. This is me, in case you forgot what I look like: 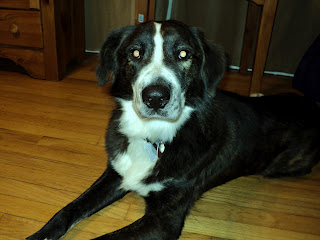 Mom says we have to visit the vet as soon as she can take us. Penlapee needs her yearly check-up. I need my half-year blood work. I eat special prescription food because I'm in the early stages of kidney disease. I dunno what that means. I feel fine.

Mom is also kinda worried because she was petting me and found a lump in the middle of my chest. She doesn't remember it being there before, but Mom forgets stuff all the time.

Maybe the vet can do something good to Mom. She probably needs vaccines and should have her poop and pee checked, like the vet does to us.

Sorry I'm not in a very good mood. It's hot and I don't like to go to the vet, but he does give me cookies because I am so good at sit and shake hands and some other stuff.

I am an agreeable dog.

Okay I love you bye bye.

MODERATION IN ALL THINGS

My most recent post attracted spam. I looked through the three previous posts. They all had dumb comments that I removed. Grrrrrrrr. I don't leave spam on other sites.

I suppose asking to respect my blog is too much.

I got my cpap today. It's supposed to help with my sleep disorder so I won't be tired all the time. I find the device a bit daunting, and I admit that I'm going to wait until tomorrow to use it for the first time. My brain has to build up to the idea of having something strapped around my head and sticking in my nose. I know Penelope will find it disconcerting and might jump out of the bed.

Then I definitely won't sleep.

I wonder if anyone has been watching Fosse/Verdon on FX. It's quite good, but do many people remember who Bob Fosse and Gwen Verdon were? How about you, you, and you? What do you know about Fosse and Verdon? 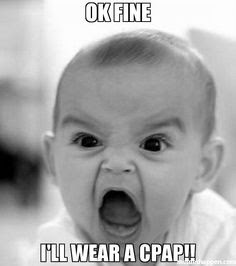 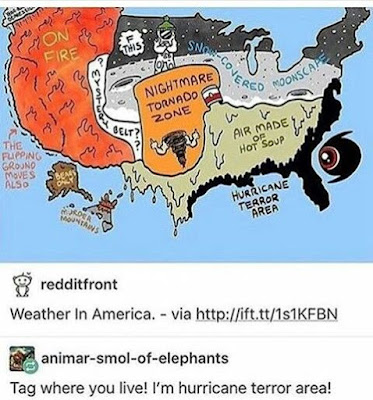