A SONG HAS BEEN FOLLOWING ME

Recently I went in an Ikea for the first time. So much . . .  stuff. Everywhere.

And the people. Hordes. 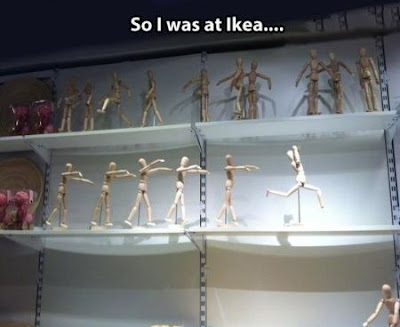 And although I had never been to Ikea, I knew that buying stuff there can end in a suicide attempt or a divorce because everything has to be put together. You want a basket? You have to weave it. 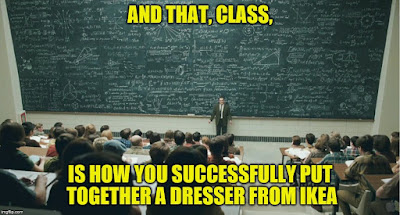 I thought I might get through life without ever going to Ikea, but Favorite Young Man wanted to look for a rug for his new place so we went. My eyes rolled back in my head. Then my head spun around like the girl in The Exorcist. Oh, the horror.

I turned to look at something I will never own and when I looked back, Favorite Young Man was gone. Had the other shoppers eaten him, or had he gone to the place called Lost? 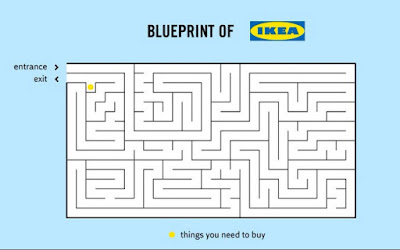 I had to call him to beg him to find me. I sat down on a bed and told him what the closest sign said. He got to me about six hours later. I was so grateful. I really needed to pee.

But the title of this post is A SONG HAS BEEN FOLLOWING ME, and it started following me in Ikea. I heard this song I knew but the voices were strange. It was a cover of Deacon Blues. It took me about an hour or ten to figure it out because I was in Ikea and I couldn't think and when I finally recognized it despite the weirdness of it, FYM said he'd never heard of Steely Dan.

I gave up on humanity in that moment.

FYM is the one person I can count on to know important information.

I can no longer rely on him. I guess I might as well give him up for adoption. Surely someone wants to adopt a 39 year old who can keep your car running.

But then, using my Harry Potter magic skills and with the help of a dragon, I escaped from Ikea and came home and late that evening when I had pretty much recovered (I just had a slight rash that I treated with lots of drugs), I watched a movie. What did I hear?

A couple of days later I watched some TV show. I don't remember what the show was because they played Deacon Blues.

Gentle Readers . . . and Maxwell, Deacon Blues is stalking me.

Where will it turn up next? I like Deacon Blues, but what if it keeps following me and ends up attacking me?

You know this wouldn't have happened if I hadn't gone in that damn, sick Ikea. I'm surprised I survived it.

Where will Deacon Blues turn up next? Help me, O Lord. I am thy humble servant (although I don't cook and clean for you or anyone else). Please save me before Deacon Blues goes from being a great song to being a big pile of manure that buries me.

I also must say that I looked up Steely Dan and I was pretty shocked to learn where they got the name Steely Dan. I'm not giving up that information. If you want to know, then you have to find it yourself. I'm just sayin' that William S. Burroughs must have spent a big chunk of his life stuck in Ikea and when he finally got out, he became a heroin addict. 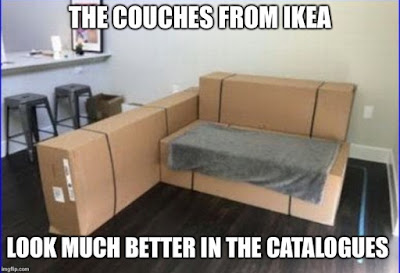 And remember that if you buy something at Ikea . . . let's not even go there. Push it out of your mind.

SAVE YOURSELF! Soylent Green: it's made out of people who were captured in Ikea.

But, um, since we're such close friends now, Steely Dan, will you please sing us out? I think you know which song it has to be.

Janie Junebug, who survived the hell that is Ikea and lived to tell the tale

Why does the Steely Dan guy at the keyboard keep doing that Stevie Wonder-type thing where he throws
his head around? And he's wearing sunglasses. I am so confused.
Posted by Janie Junebug at Saturday, September 28, 2019 36 comments

This post is the last one about Fosse/Verdon, and it's been a long time coming. Other events have distracted me. Fosse/Verdon has a number of Emmy nominations, but it's up against stiff competition. The Emmy Awards will televised on Fox on Sept. 22nd.

When Fosse choreographed All That Jazz for Gwen Verdon and Chita Rivera, he had to make concessions to the decreases in Verdon's abilities and stamina. It was her final starring role on Broadway.

After Fosse's death, Verdon worked with Ann Reinking (they had become close friends) to keep the Fosse legacy alive. In 1996, Reinking created the choreography––in the Fosse style––for  a revival of Chicago, in which she played Roxie Hart. As of 2017, Chicago held the record for the longest running Broadway musical.

In 1998, Reinking participated in bringing the revue Fosse to the stage to showcase his work.

By no means did Verdon sit at home and mope. She dated. She starred in such movies as Cocoon. She appeared in TV shows.

Nicole Fosse went through some tough times when she emulated her dad's drinking and drug use, but she recovered, married, and had three children. When Nicole's husband died, Verdon moved in with her daughter and her grandchildren to support and assist them.

She wasn't there very long before she died of a heart attack. On October 18, 2000, the lights on Broadway dimmed in her honor.

Sing and dance us out, please, Bob and Gwen. 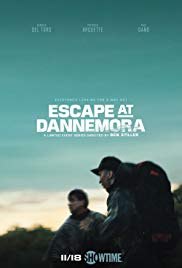