So today, I appeal to all Americans, regardless of party, to meet this moment of national and generational importance. We must vote knowing what’s at stake and not just the policy of the moment, but institutions that have held us together as we’ve sought a more perfect union are also at stake. We must vote knowing who we have been, what we’re at risk of becoming. -- President Joseph R. Biden

I voted. I voted right after I received my ballot. I mailed it back, and I confirmed that it was received.

I voted for nothing but Democrats. No point in even considering a Republican.

If you haven't voted yet, then please do so tomorrow. I usually say no matter whom you vote for, just vote, but now I'm saying please vote blue because it's rare these days to find a Republican who's trustworthy. Look at what they've done to us. First and foremost, they're fine with destroying our rights. A child has been raped and should have an abortion? Tough shit. The fetus has died, should be removed, and is threatening the woman's life? Too damn bad. No matter the reason for the abortion, the actions of lying appointees to the Supreme Court, supported by many in the Republican party, have led to a denial of a woman's right to her own body in states where Republicans have been able to exert their control.

Many Republicans continue to espouse their belief, which is not based on fact, that somehow their candidate was cheated out of the presidency. Some of them want to deny us the vote. And then we have the losers in our midst who either think the insurrection was fine, or who say let it go . . . forget about it . . . inflation is horrible and it's Biden's fault.

Furthermore, does the Democratic party boast of having in its midst a Marjorie Taylor Greene, a Tom Cotton, or a Lauren Boebert? We certainly don't have the likes of Mitch McConnell or Lindsey Graham jerking us around while they continue to kiss trump's ass.

As for candidates, look at some of the races: Rev. Raphael Warnock vs. an insane Herschel Walker; John Fetterman vs. Dr. Mehmet Oz, a carpetbagger quack; and Katie Hobbs vs. Kari Lake, a former local TV news anchor and gay basher who is now anti-media, who called John McCain a loser, and thinks trump won in Arizona.

In my state, I want to send Val Demings to the senate instead of Marco Rubio, and replace Ron DeSantis with Charlie Crist, who has been governor before. Rubio is none too bright. DeSantis has already been preparing to run for president and won't commit to a full term as governor. I don't care to spend years listening to him trade insults with trump.

I'm sorry to say I think Rubio and DeSantis will win, but if I hadn't already voted, my concern wouldn't keep me from voting tomorrow. Please don't be one of those people who says my candidate can't possibly win so I won't bother to vote. That kind of attitude is unacceptable––especially in these desperate times.

So I write to you on the day before the election requesting that you vote, and vote blue. 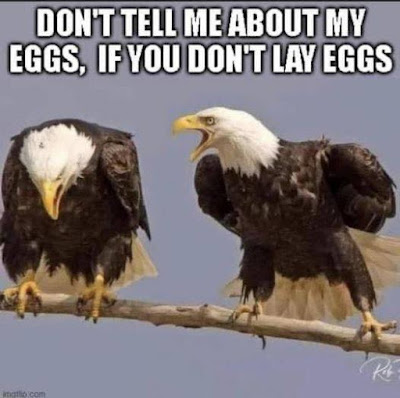 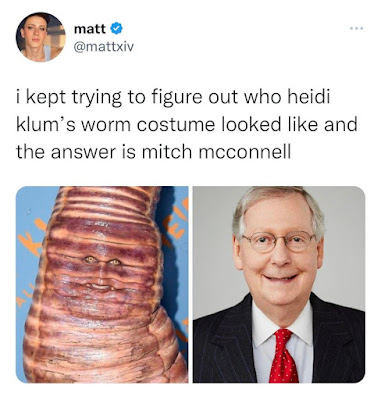 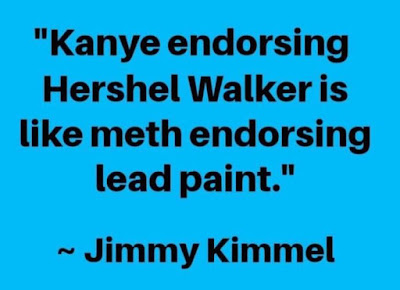 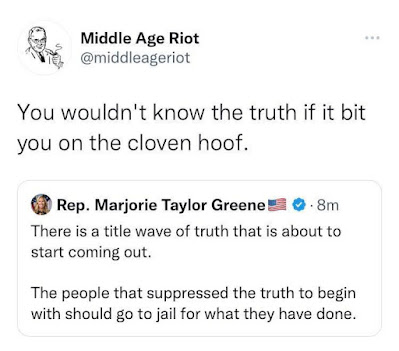 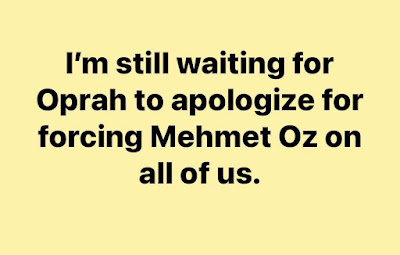 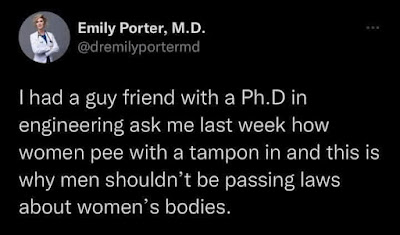