THE BUG IN THE BED

Before the pandemic, I spoke to a couple who had gone on vacation in Norway. They had so much fun that they decided to extend the trip by two days; however, they had to change hotels, which they thought was no problem.

They settled into their room and continued to have fun, only using the room to sleep and shower. When they headed back to the U.S., though, they started to feel uncomfortable. They had nasty, itchy rashes.

Yes, it turned out that the second hotel had bed bugs. They had one damn long trip home. 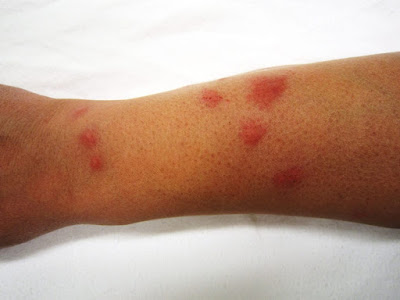 As you know if you've read my blog steadily, we Floridians have charming palmetto bugs, or as my nephew who grew up in Arizona calls them, sewer roaches. I've lived in my house for 10 1/2 years. As each year goes by, I see fewer palmetto bugs. I was especially pleased last summer because I could go out on the deck with the dogs after dark and see one palmetto bug. The deck used to have a dozen or more every time I went outside at night. 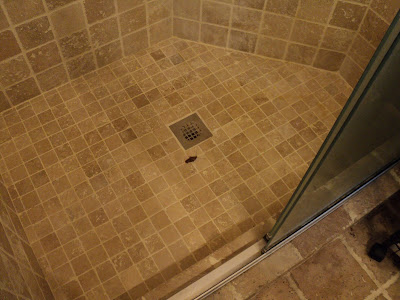 One night last month I went to bed and rested my head on the pillow. I felt my hair move, so I patted it down and wondered why my hair would move on its own.

Within 30 seconds, my hair moved again. I sat up to look at the pillow. Although it was dark and I didn't have my glasses on, I could see the large palmetto bug on the pillow.

AIEEEEEEEEEEE! I screamed. I'm surprised the neighbors didn't hear me and call the police.

I pulled the sheets and pillowcases and quilt off the bed and washed everything.

But the palmetto bug had disappeared, never to be seen again.

Perhaps he's lurking in a corner, waiting for a night to strike. Go away, you bastard. 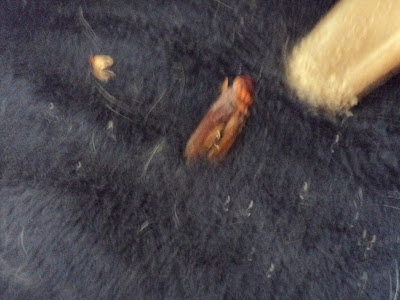 Remember when Penelope enjoyed killing palmetto bugs? Maybe she killed the bug in my bed.

Maybe, but not likely. She jumped out of bed as soon as the scream left my mouth.