BULLY FOR YOU: KARL SCHONBORN BRINGS US FULL CIRCLE

We began our BULLY FOR YOU journey on May 12th when I announced a series of guest posts, and one week later, I reviewed our special BULLY FOR YOU book, Cleft Heart: Chasing Normal by Karl Schonborn. To read the review, click HERE. If you haven't read the book yet, I encourage you to do so. It's packed with interesting information about Karl's life. He defeated the bullies who tormented him because of his cleft lip and palate, became a champion debater, traveled the world, and earned more than one college degree. He has what some people call "book smarts," but he has plenty of common sense, too.

I'm so pleased that Karl has weighed in on the BULLY FOR YOU guest posts when he could. He's been a pretty busy guy and undertook a book promotion tour while we were reading and pondering part of the series. Today, Karl provides a capstone to BULLY FOR YOU, by writing the final guest post. 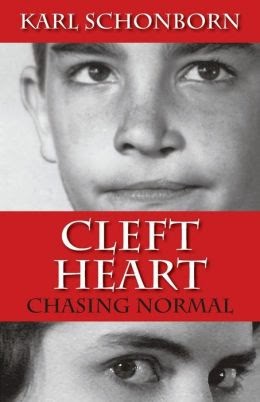 You can learn far more about what Karl experienced by reading his book, but for now, here's Karl Schonborn's guest post:


Dad dropped me off near the Varsity Theater on a Saturday afternoon in Palo Alto. I was happy because he and Mom had given me money for four movies in lieu of having a party on my 12th birthday. After I spotted the Art Deco sign of the theater a coupla blocks ahead, I stepped into a side street to check my money for It Came From Beneath the Sea, about a killer octopus. I wanted to see if I’d have any left over for popcorn and an ice cream bar.
Soon, despite the summer sun glinting in my eyes, I made out the silhouettes of Perry walking toward me from one side and Brad from the other. Mom had told me to never be with either bully, let alone both of them. She also said, don’t ever show your money in public
“Going to Hsee a Hmovie?" Brad asked, mimicking my nasal speech.
“None of your business," I retorted.
“It's the monster movie today," Perry said.
“Give us the money, Squish Nose,” Brad demanded.
As they closed in on me, I could feel my heart pounding and see sweat on Brad's upper lip.
“Give us the f***in’ money!" Brad insisted.
“No! Go f**k yourselves!” I said.
With that, Brad wrestled the dollar bills from my grip.
“Scram, Dipshit, before we beat you,” Perry threatened. “And don't tell a soul!”
I bolted like a madman out of the side street onto the main street, my face expressing the anger my legs acted out. Soon I encountered kids standing in the movie line in front of the theater. Kids stepped aside and others watched me pass.
"What's wrong?" someone shouted
"Schonborn's crazy," another said.
Others looked down the street to see what I was running from.
I kept running. Possessed, my face and psyche glowed red from exertion and embarrassment. I knew I shouldn't be running because of doctor’s orders, but I feared Brad and Perry. I ran until I could breathe no more.
After a moment, I started fast walking, still oblivious to my surroundings. Eventually, I found myself in the residential part of town. Once home, I told Mom I'd changed my mind about the movie. She sensed something wrong, but let me brood in my room. An hour later, the phone rang. It was Dad calling from the phone booth next to the theater, wondering where I was.
Fast forward to the present …
My being bullied like this—combined with an early interest in nonviolence—led me to study violence and eventually conduct research into various forms of it. Government agencies funding bullying research require adherence to specific definitions. To wit, bullying  must involve
-an imbalance of power between parties,
-physical or verbal abuse/injury,
-repeated incidents of abuse/injury the above.

Interestingly, except for the twist in Rick Watson’s story about Jack the Gentle Giant being bullied, most of the incidents related in Janie’s great BULLY FOR YOU series involve an imbalance of power:
-Mr.Squid’s Wonder incident about facially-challenged 5th grader Auggie vs violence-prone 7th grader Eddie,
-the Silver Fox vs a bigger older kid,
-Stephanie Neighbour vs a bro-sis duo whose dad was a teacher,
-Shady vs Ross’ posse [solo v group], and
-Shady and Neighbour’s accounts of autistic/cerebral palsy kids vs normals
Generally, the BULLY FOR YOU incidents meet the other criteria for bullying (abuse/injury, repeated occurrences). I mention the criteria because the 3 criteria help researchers stay focused on “bullying,” a phenomenon that may be growing (there’s debate) that profoundly influences kids’ development and life chances (let’s hope Rachel continues her recovery). Note from Janie: I have faith that Rachel will be successful.
[Cyberbullying is growing ‘cuz it’s relatively new. It’s scary for just that reason: adults don’t know what to make of new technology, which has created “new” kids.]
The phenomena, which’ve rightly been researched, too, but aren’t “certified” bullying, include
-hazing in frats, sororities, and adult social clubs

-hassling and brawling among equals in families and workplaces (Sorry, Nicki
Elson and your coworker)

It’s life, after all!

BTW my social science colleagues would ding me if I didn’t theorize a bit. Here goes:
I’ve noticed that some BULLY FOR YOU cases seem part of society’s trying to support and enforce “norms,” those informal understandings that govern one’s behavior (e.g., shaking hands).   In most societies, people squawk when deviations from norms and “normal” threaten them.  It’s like coworkers wanting everyone to work within a range—not too fast or brilliantly, but not too slow or stupidly. Just right.
-Linda’s pretty tapdance daughter kicked and soaked with milk by a “mousy” classmate,
-Janie’s daughter Hurricane bullied for being too smart,
-Shady’s CP friend Clifton for being too slow,

-Neighbour bullied for her differentness.

I’d like to conclude by sharing some hard-earned—along with expert-derived— advice for parents re: bullying:

-wait till the 2nd nonviolent incident (forget the one-offs) in school, elsewhere
-talk with the bully/ies, the parents, teachers, playground personnel & superiors  if
necessary
- insist that school and district policies be enforced (ditto any other institution)
-work out a nonviolent plan with all parties

If violence is involved beyond pushing, shoving, etc., move up the ladder quickly from officials, to the police, to lawyers. Save torn clothing, broken glasses, etc.

For cyber bullying,
-educate yourself re: the signs your kid’s being bullied (e.g., set up Google Alerts for
your children’s names)
-learn the ins and outs of any chat rooms, message boards, IM sites, and social media
networks your children use
-role model care, respect, and civility in your own tech use
-notify all parties and talk things out re: teasing; use threats, attorneys, therapists if sex
impropriety or crimes are involved
-preserve evidence (emails, posts, tweets)

Don’t expect miracles. Everyone’s hands are tied in some way. Again, it’s life, after all.

Thank you, Karl. I wish I'd been able to learn from your experience and advice twenty years ago. The Hurricane will be 28 in just a few days.

Thank you, also, to everyone who commented on a post or shared an experience. Special thanks to our guest posters: Rachel of  When A Lion Sleeps Let It Sleep, Tom of Shady Dell Music & Memories, Sherry of Mama Diaries, The Silver Fox of The Lair of the Silver Fox, Stephanie of http://www.stephanieneighbour.com, Nicki of Nicki Elson's Not-So-Deep Thoughts, Linda of PRACTICAL PARSIMONY, The Armchair Squid of The Armchair Squid, Rick of Life 101, and


If you want to continue our discussion by writing a guest post, then please let me know. We don't have to stop talking about a topic with which so many people need assistance or need to get what happened to them off their chests.