DOCUMENTARY WEEKEND: IN WHICH JUNEBUG LEARNS ABOUT MUSICIANS

Thank you for your kind wishes for a speedy recovery. As I battled a multitude of symptoms that if Googled no doubt would lead to death--ignorance is such bliss--Franklin, your comments, and Netflix streaming became my faithful companions.

I watched some movies, most of which seemed to belong on Lifetime, a channel I don't watch because it no longer provides me with a laugh. First time's funny; second time's silly; third time deserves a spanking. That darn Hilary how-has-she-won-two-Best-Actress-Academy-Awards Swank, and that is too her middle name! made me cry with the sappy 2014 flick 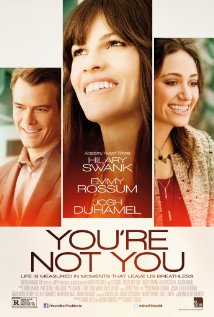 You're Not You earns the Janie Junebug Seal of Scrappy ALS Patient Who Chooses To Die After Inspiring Another Woman To Live Her Own Dreams And Having A Husband Who Is A Jerk.

Hilary inspired me to move on to documentaries. After I got started on dox about musicians, I couldn't seem to stop. Here are some favorites: 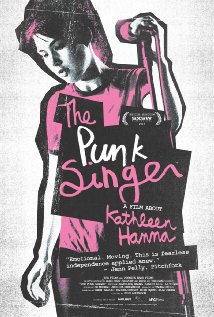 From 2013, The Punk Singer is about Kathleen Hanna, who left the punk music scene because of a misdiagnosed illness. Hanna was the lead singer of Bikini Kill, Le Tigre, and Julie Ruin. She is the co-founder of the "third wave" of feminism, commonly known as Riot Grrrrrl. 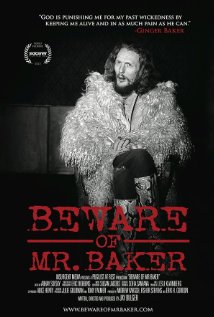 2012's Beware of Mr. Baker introduces us to a man most of us don't want to know--drummer Ginger Baker of Cream fame. Eric Clapton admits that he would break down in tears while Baker fought with bass player Jack Bruce. Ginger Baker might manage to head the list of self-destructive rock stars. Old Man Baker even uses his cane to hit filmmaker Jay Bulger. 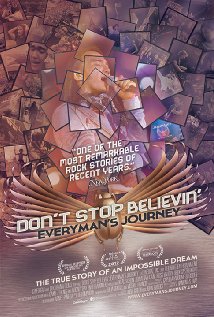 Also from 2012, we have Don't Stop Believin': Everyman's Journey. If I were a Journey fan, no doubt I would adore this documentary about the band finding a new lead singer, Arnel Pineda, on YouTube. Although I've never cared for Journey, I enjoyed this rags to riches story because of Pineda's magnetism. The first two documentaries I discussed were much better, however. Sadly, Pineda's story could qualify him for Lifetime movie treatment.