AUGUST QUESTION OF THE MONTH

Today I participate in a blog hop hosted by Michael D'Agostino of A Life Examined. Please visit Michael's blog to sign up for the hop, or blogfest, if you prefer that term. 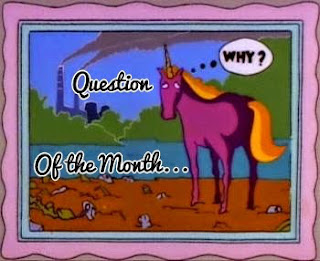 Michael is so good at coming up with questions! This month he asks,“If your parent or child committed a major crime, would you turn them in?”

I've been thinking about my answer since Michael emailed the question to the participants on July 27th. Here it is about 9:45 p.m. EST, and I still don't feel certain of my answer. But if I don't write a post, then I can't go to the hop, and who doesn't want to go to the hop?

I've decided that this question can't have a general answer. I can only think about MY parents and children because I know--or knew--them so well. My parents passed away quite a few years ago. Favorite Young Man is 35, and Dr. The Hurricane just turned 29.

It's nearly impossible for me to imagine Mother or Daddy or my children committing a major crime. I have to answer with "No, I wouldn't turn them in."

Here's the major reason: If any of these beloved people did something terrible, I would know that it wasn't intentional, or that they had a reason behind what they did. If it were my children, I would talk to them about their options, including the possibility of confessing and surrendering to the police, but I would not be able to turn them in.

I include Willy Dunne Wooters in the group of people I could't turn in. He's too good, kind, and intelligent for me to make that decision for him.

I used to know someone who was in prison for thirty years because he had been convicted of second degree murder. His sentence was actually sixty years. He got out after thirty for reasons I don't want to reveal.

He committed murder for a reason. That doesn't make it okay or legal. but he couldn't get the help he needed from the police. When I knew him, about a year after he got out of prison, he was a sweet, good humored, cuddly guy who always did his best to help me. He's gone now. My experience with him influences my answer.