ODDS AND ENDS AND LIVE AID 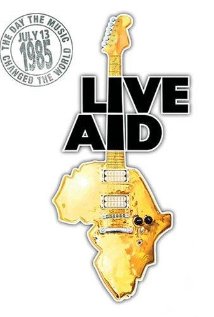 We've established that hair bands and baggy clothes were the name of the game at Live Aid on July 13th, 1985, when rock stars joined together to raise funds for the starving people of Ethiopia. Now let's look at some high points of the two-venue concert (the focus was on London and Philadelphia, but other countries held concerts, too) that drew more viewers than any other TV special.

The concert began in London's Wembley Stadium at noon BST, which was 7 a.m. at Philadelphia's John F. Kennedy Stadium. The BBC broadcast the show, as did MTV. However, ABC took over during the evening and wanted to reserve some of the biggest acts for those hours. Thus, some bands that played in London earlier in the day didn't play on television in the U.S. until much later.

After concert goers entered Wembley Stadium, Prince Charles and Princess Diana arrived. The Coldstream Guards played "The Royal Salute" and "God Save The Queen." It was early enough in the royal couple's marriage that Diana didn't have that I'm-going-to-cry-at- any-minute-face, and Charles didn't appear to have sucked on a lemon.

Ignore Charles, and enjoy some trivia instead:

Although no one would have accused Phil Collins of being in a hair band, he did have hair in 1985: 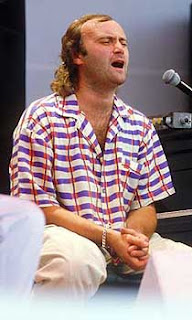 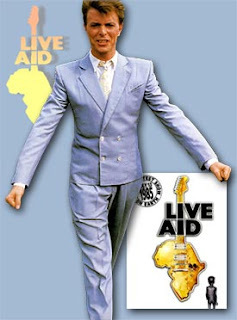