BULLY FOR YOU: STEPHANIE NEIGHBOUR AND HER BOUNDLESS COMPASSION

Please allow me to introduce you to Stephanie Neighbour, today's BULLY FOR YOU guest postess: 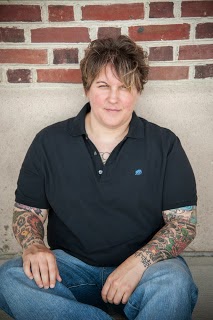 I have a special fondness for this lovely woman. She's an excellent writer with a great sense of humor. Her posts often make me laugh or provide me with the encouragement I need so badly at a given moment that I have to wonder if she's writing especially for me. Stephanie loves dogs and provides gentle care to her disabled dachshund, Autumn.

Since she went through the hell of being bullied, she's used her experiences to bring more kindness and compassion to the world.

You can find Stephanie in the following places:

Bullying has been around forever but over the last few years, and thanks in part to the Internet, we’ve finally started to wake up. Each year, countless numbers of young people dread heading off to school where they are taunted, threatened,pushed, kicked, tripped, and verbally abused. That information is what we hear from those who actually make it through their school years. We have also learned that bullying is a root cause of many teen suicides, which is why it is so important for all of us to share our stories.

I was just beginning my high school career when a brother and sister duo—notorious for their bullying—decided to label me, a dyke. I had no idea what the word meant other than it was also used when some students referred to the most hated gym teacher in the school. Eventually, I discovered that the term was not street slang that meant gym teacher. I also learned to keep my head down and my mouth shut. I went out of my way to avoid the brother/sister ringleaders, and all of their cohorts but it always proved to be quite the daunting task.

Back in the early 1980’s, we lacked awareness about the long-term effects of being tormented by our peers, leaving targeted students to suck it up and get through the days. There was no formal labeling, teachers often looked the other way and our parents rarely got involved. The irony in my situation was that the father of the siblings, who made my days a living hell, happened to be one of the most popular teachers at our school. While he went about his teaching day, his son and daughter were tearing through the student body, bullying for sport.

I managed to get through high school with nothing more than some social anxieties and a tattered ego. I’m sure there are others who were not so fortunate. Since graduation, I have never attended school functions, reunions or kept in contact with more than a handful of my former classmates. It’s been almost thirty-years since the turbulent days of high school but I will always remember the names and faces of those who filled my days with torment. Recently, I had a chance encounter with one of those faces—the sister-half of the duo that had made my life hell.

I met my partner at her daughter’s soccer game, and soon discovered that my former tormentor was also a parent of another girl on the team. As she stood less than five-feet away, she didn’t seem to recognize me, but I remembered her right away. I wasn’t surprised to learn that she was now a teacher at the very same school where she had wreaked so much havoc. Her father—himself a bully—had many long-standing ties with both the school district and numerous town officials.

I continued my eavesdropping and learned that in some bizarre twist of karmic voodoo, her youngest child had become a target of some neighborhood bullies. A few moments later, her son— a cute little guy with blonde hair and blue eyes—came wandering over and plopped down in the grass by his mother’s side. It became apparent to me that he had some difficulty communicating and when I asked my partner, she told me that the boy had autism. As his mother discussed an autism awareness event she was hosting at the school, I could not help but feel compassion for both her and the sweet little boy. I silently applauded her efforts to support her son and other families who live with autism but I also wondered, had she given any thought to the countless numbers of others her words and actions had harmed in the past? I doubt I’ll ever know.

My adult-self stopped seeing her as the merciless teenager I remembered and instead, I saw her as a mother whose child was now being tormented as a result of his condition that was no fault of his own. It pained me to think of this likable young boy being subjected to the cruelty of others and I could only begin to imagine the pain it caused his mother. As a student of Buddhism, which probably saved my life, I searched my heart for compassion and wished for them, nothing but good.

I don’t know if this person has changed but I would hope that she is using her position as a teacher to do her part and take action when she witnesses acts of bullying. As a parent, she now sees first-hand the effects of mean-spirited words and actions and I can only hope that in some small way, her son has given her the gift of a more compassionate heart.

Thank you for sharing your feelings with us, Stephanie. I won't be at all surprised, Gentle Readers, if some of you report that Stephanie's post brought tears to your eyes.

Please leave her some bloggy love in the comments, and consider visiting her Web site.