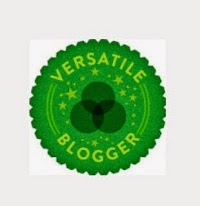 Okey-dokey. Whom shall I harass this time?

I betcha a dollar that not one of these bloggers will accept this award.

Well, maybe Rachel at When a Lion Sleeps, Let It Sleep (#15) will accept it because she's my buddy. So I betcha 75 cents. But maybe Shelley and Sir Shady and Vebbie and a couple other people will accept it, so the bet is off.

Now I have to think of seven things about moi to tell Stephanie Neighbour:

Thank you, Stephanie Neighbour, for the award. I likes you a whole big bunch, and you is my friend.