When I was in junior high, my ninth-grade social studies teacher invited an ex-con to speak to his classes. He was an older guy who had served many years in prison, gotten out and married, and quite often spoke to kids about his life of crime. I still remember him holding up his arm and saying that thousands of dollars in drugs had gone into that limb.

It had probably been about five years since the Warren Beatty-Faye Dunaway version of Bonnie and Clyde had come out. 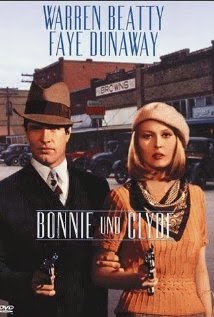 Our ex-con guest mentioned the movie and said, There wasn't anything glamorous about Bonnie and Clyde. I knew men who were in prison with Clyde, and he was just no good. Bonnie was nothing but a common prostitute.

During December a two-part Bonnie and Clyde mini-series was on TV. I watched the first night, but missed the second night because of drunken problems (I wasn't drunk, but sometimes I think it would be better if it were I). The TV movie is available on Netflix now, so I watched the DVD recently and thought it was kind of interesting, though not as well made as I remember the earlier movie.

When I see a movie based on a true story, I almost always go into research mode. That's how I came up with TEN FUN FACTS ABOUT BONNIE AND CLYDE, though maybe I should call it TEN INTERESTING FACTS because I don't think Bonnie and Clyde had much fun.

Here's some Bonnie and Clyde trivia: 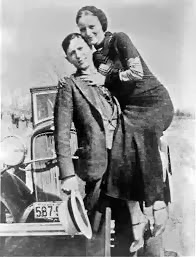 4. Bonnie and Clyde are remembered as bank robbers during the Great Depression of the 1930s. They didn't rob all that many banks, and didn't get much money when they did. Clyde preferred to rob gas stations and small stores.
5. A famous photo shows Bonnie holding a gun and smoking a cigar. The photo was taken as a joke. No evidence exists that Bonnie shot guns during the robberies. She did not smoke cigars, but she liked her whiskey. 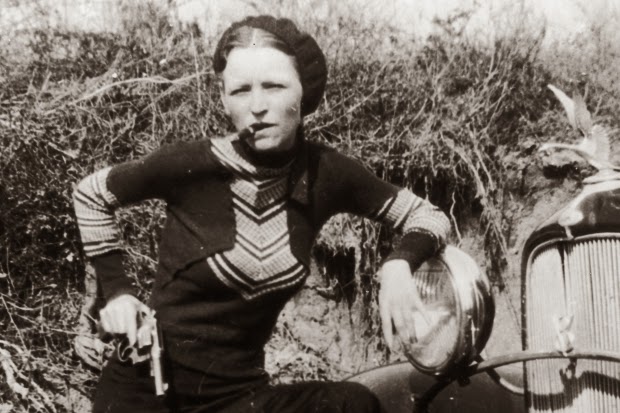 6. Clyde wanted to be a musician. His saxophone was in the car in which they were killed.
7. During 1933, Clyde accidentally drove off the road and into a dry riverbed. The car caught on fire. Bonnie's legs were severely burned. She couldn't see a doctor. Her legs healed but she couldn't walk well. From then on, she hopped on one leg because the other was useless, or Clyde carried her.
8. Clyde had trouble walking, too. When he was in prison during 1930, he was starved, beaten by guards, and raped repeatedly. He was so desperate to get out that while working on a chain gang he used an ax to cut off two of his left toes. I'm not sure why losing a couple of toes got him out of prison.
9. Texas Rangers, led by Frank Hamer, tracked down Bonnie and Clyde by finding that they followed a pattern of visiting their own families and gang members' families. The Texas Rangers worked out a deal with a gang member's father in Louisiana: The father helped the Rangers by pretending to have something wrong with his car when he knew Bonnie and Clyde would drive by. They stopped to help him and ended up fulla lead. The cooperative father earned a pardon for his son. 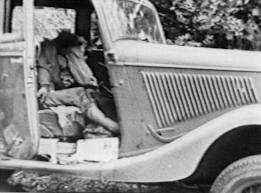 10. Bonnie and Clyde had so many bullet holes in them (17 in Clyde and 26 in Bonnie) that the undertaker had difficulty embalming them. They had expressed the wish that they be buried next to each other, but Bonnie's mother wouldn't allow it. She blamed Clyde for leading Bonnie into a life of crime. Clyde was buried with his older brother, Marvin "Buck" Barrow. Thousands of people attended their separate funerals.

Well, this has been fun, and I know a lot more facts about Bonnie and Clyde so maybe we'll do this again. Or I could discuss some of Milton's poetry, or translate Middle English for you.

I suspect you're more interested in Bonnie and Clyde.

I'm sorry, but I can't read your blogs today until I watch my recording of The Academy Awards. I don't want to accidentally find out from someone's blog who the winners were.