Please forgive me for foregoing GRATITUDE TUESDAY, but I'm on this Bonnie and Clyde kick and I simply must continue with Blanche Barrow's story.

You saw a bit of Blanche yesterday in FUN TIMES WITH BONNIE AND CLYDE, but let's go all the way back to Blanche's birth in 1911. Her father was 40; her mother was 16. They divorced when Blanche was young. I wonder why.

When Blanche was 17, her mother forced her to marry a much older man, who is alleged to have treated her very cruelly. She divorced John Callaway in 1931 and married Buck Barrow. They honeymooned right here in lovely Jacksonville, Florida. After Blanche and Buck joined Bonnie and Clyde in 1933, Blanche had only four months left with her second husband.

When last we saw beautiful Blanche (in this post), Buck had died of wounds received while running from the Laws, and Blanche went to prison, where she maintained that Oh, no, she didn't want to be with those awful people and she never helped with any crimes.

Sentenced to ten years, she got out in a little less than six. She wrote her memoirs while in prison. At first, she stayed with her father. In 1940, she married a man named Eddie Frasure in Rockwall, Texas (my oldest nephew lives there -- it's a small world after all). Blanche tried to keep her notoriety a secret, but she had to check in with authorities every time she moved and had to seek permission to marry Eddie. 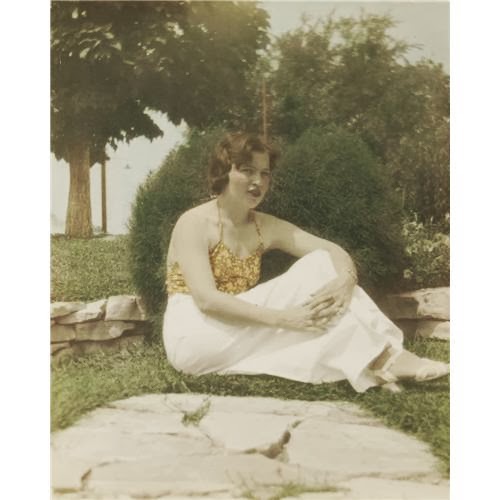 For the most part, Blanche and Eddie lived in Dallas. During 1965, they adopted a 12-year-old boy named Rickey. Eddie died from cancer in 1969, but before he went, he got to see his wife portrayed on the big screen in Bonnie And Clyde.

Warren Beatty, who played Clyde and was one of the producers of the film, paid Blanche for permission to use her name and likeness in the movie. He would stop by to see Blanche sometimes while working on Bonnie And Clyde. Blanche loved it when Warren played the piano and sang to her.

But then the movie came out. When Blanche and Eddie went to see it, she said she nearly died of embarrassment because it made her look like "a screaming horse's ass". Estelle Parsons, who played Blanche, won the Best Supporting Actress Academy Award in 1968.


Occasionally, Blanche would tell a close friend about her wild days with Bonnie and Clyde, and she left her scrapbook, important papers, and other mementos to relatives when she died from cancer on Christmas Eve, 1988. 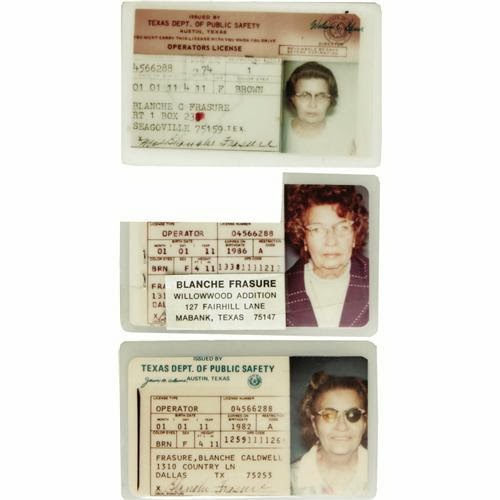 She was estranged from adopted son Rickey because he had served time in prison. Blanche's mother outlived her. The memoirs Blanche wrote in prison were published in 2004 as My Life With Bonnie and Clyde. 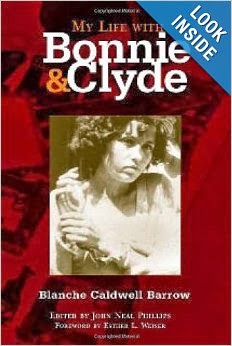 Well, I think that's about enough chitchat regarding Blanche. One of these days maybe we'll talk some more about other gang members, and we'll dish about Bonnie and Clyde again.

Moral of Blanche's story: Crime doesn't pay. Today, of course, she'd be all over The National Enquirer and on every talk show, making a fortune. She was known as a snazzy dresser, even when she was in prison. 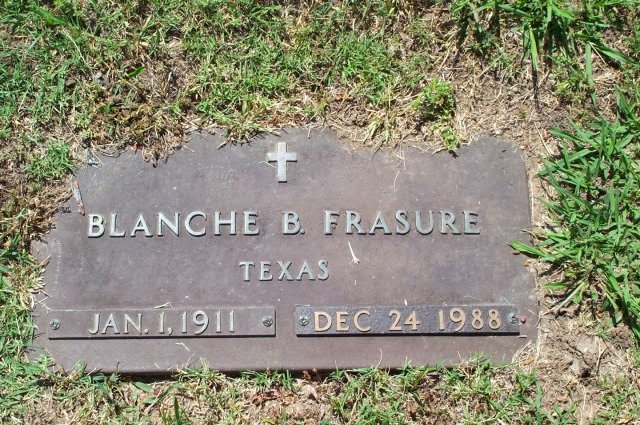