Writing sometimes must follow conventions, and that doesn't mean it travels out of town, gets drunk, and wears a funny hat.


When I went to work as a reporter at a newspaper, I didn't know nothin' bout no Associated Press Stylebook. I had taken a Journalism 101 class, and all of a sudden, I found out that I was supposed to follow the conventions of journalism.

When one follows AP style, the conventions include no Oxford comma; spokesman (not spokesperson); and Kansas is abbreviated as Kan., not KS.

When I started editing books, I'm a bit embarrassed to admit that I continued to follow AP style (I apologize to the authors whose books I edited during that time, but it's not as if I stole their hard-earned money; I received little to no remuneration, and the books weren't widely read and spanked for not following the rules).

It didn't take long for me to learn that the bible of the publishing industry is The Chicago Manual of Style. My very large and heavy copy is always within reach as I work.

The conventions for writing books include using the Oxford comma; writing numbers in particular ways (10 a.m. or ten o'clock--ask Chicago to learn the answer); and God forbid that you place punctuation marks outside quotation marks, as in "I need a drink". It's "I need a drink."

BUT, these conventions are for the United States. The United Kingdom is different. The loonies across the pond put punctuation marks outside of quotation marks, and their quotation marks are a single ' instead of our U.S. " . Oh, dear Lord, help me. I've just put a period outside of a quotation mark. Surely I shall go to hell for this transgression.

When I was in college, I wrote essays according to the Handbook of the Modern Language Association (MLA).

Other styles and handbooks exist for various realms and reams of writing. 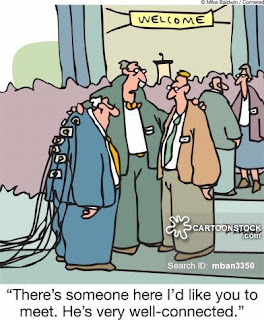 Please tell me some curiously strange conventions to follow that I can inflict on Linda Kay to drive her even crazier than I already have.

I've had the pleasure of editing two books for Linda Kay: Sophie Writes a Love Story, and the recently released Out of Darkness To Accepted Love.

I've never met Linda Kay, but I adore her. In the acknowledgements for Out of Darkness, she writes: "Janie Goltz, your editing was such a great benefit to those who will read these words, even though you made me crazy."

I knew that if I drove Linda Kay crazy, then I had done my job. It's because I made her follow the conventions.

Linda Kay, put on your funny hat, and let's have a frozen margarita––with a sugar rim. 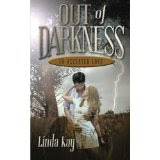