WELCOME, JESSICA L. BROOKS, AUTHOR OF IF I SPEAK TRUE

We have a guest post today! Jessica L. Brooks is on a blog tour to promote her new book, If I Speak True.

Hi, Janie! Thanks so much for having me here to talk a little bit about the publication process for If I Speak True.

First, I’d like to say that this book has been through so many stages, I don’t even know how to go about my initial “how would I do things differently this time” response because this is the book I tried (many, many times) to go traditionally pubbed with. In the process of trying so many times to do so (and make it “fit into the publishing box” or “stand out”), however, the book changed. And grew.

And morphed into something different until I knew it was meant to be shared with whomever I could share it, in whatever way possible.

With that said, I’m not sure if I would have changed anything about the entire process, from start to finish, because even though it took years longer than I wanted and I received so many rejections (there were tears, let me tell you), it--and the people I came into contact with who helped shape it into what it is now--ultimately benefited the book, and for that, I am grateful.
Not only did that “waiting period” wield a positive result, but being as I chose to self-publish (or, go “indie”--however you want to say it), I was able to have complete control over every aspect (including getting to use my amazing cover designer… again). None of these amazing things would have happened had 1) the book been picked up in traditional publishing or 2) I trashed this book and gone on to trying a different one to catch someone’s eye in the traditional publishing field.

And maybe that’s the point of what this post is supposed to say: That sometimes, giving up isn’t an option. Sure it’s okay to move on to something new, but if this book (or anything else you are passionate about in life, really) and the time invested in it means something to you, then it’s okay to find a way to share it with the world.

Connect with me at: Let Me Tell You A Story
Be a member of my team! Sign up for my enewsletter to receive exclusive content, deals and more HERE 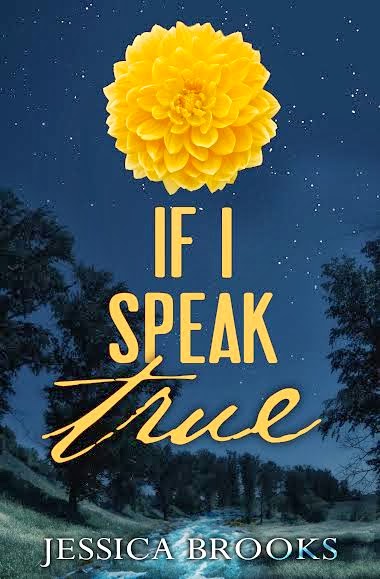 Dahlia Kennedy's sixteenth birthday marks a decade of mysterious dahlias arriving and strange, lonely dreams of being in a forest. The only difference this birthday, however, is that for the first time, someone is there with her. And he's practically from a whole other era.

The more often Dahlia visits Rowan in his land of Ambrosia, the stronger their connection grows. But... is Ambrosia real? Is he real? What is going on between the two of them, exactly, and why does he insist that she keep it to herself?

As secrets usually go, however, it's only a matter of time before everything comes out. And when Dahlia finds out the truth of who Rowan is, who she is, and how he really feels -- it’s beyond anything she could have ever imagined.

Jessica L. Brooks resides with her husband of over sixteen years, three awesome daughters, and a plethora of pets in Central California, where fog, frost, triple-digit heat and various items of produce arrive bountifully, depending on the season. She has an affinity for both coffee and owls, and loves to connect with fellow readers and writers on most social networks like
Goodreads, Twitter and Pinterest. You can also connect with her on her blog, Let Me Tell You A Story.

Jessica shares reviews for her favorite books on Afterglow Book Reviews, spreads writing and author love for independently-published authors at Indie Ignites, and salutes all writers (no matter what stage in their writerly journey) at Operation Awesome.

Janie Junebug says: Thank you, Jessica. I like your message, especially "giving up isn't an option".

Infinities of love and thanks to Jessica L. Brooks,