On Monday I told you HERE about Willy Dunne Wooters falling out of bed on Sunday, which turned into Funday.

The fun continued during the afternoon as I prepared to grill steaks. We started the grill, and WDW walked out to join me on the deck. As he did so, he closed the door to the house behind him.

Now, you have to understand that the very first time WDW visited my house, I said, Always leave the back door ajar unless you have keys to the house in your pocket or your hand.

Scout had a special talent for locking and unlocking doors. Plus, the back door is finicky. I swear it can lock itself, and that's what it did on Sunday afternoon.

Neither one of us had keys or a phone, so we couldn't call Favorite Young Man, who has a key.

I considered becoming hysterical but decided it wouldn't do much good.

So I descended the deck steps and traversed the yard to a window that doesn't lock well. I pried off the screen and tried to open the window. Couldn't do it.

I went around to the front of the house. Couldn't find a window that would open.

Suddenly Willy Dunne Wooters called out, Miss Junebug! I got the window open!

I rushed to the back yard and told Willy Dunne Wooters to get a ladder. I would climb up and in the window.

But, no! My manly man insisted that he would make the climb. He jumped on the air conditioning unit and prepared to slide through the open window on his tummy. Being ever so aware and wary of my OCD, he stopped and asked me what he should do about the shelves just below the window. He knew he was going to knock over my office supplies. I boldly told him not to worry. Everything could be picked up and put back in its place.

Just move the lamp, I said, so it doesn't break.

Willy Dunne Wooters managed to toss the lamp onto the theater seats, where it landed as lightly as a feather.

Then through the window he went, as we laughed hysterically over the struggle to get through the small space, over the shelves, and onto the floor without landing on his head. I longed to take photos and had actually grabbed the camera from the top shelf, but I didn't quite dare to say, WAIT! I must photograph your rear end and legs sticking out of the window.

As he completed his glide, Willy Dunne Wooters looked very much like this:

Yes, he resembled the Wicked Witch of the East with her feet sticking out from under Dorothy's house.

Willy Dunne Wooters got all the way into the house without breaking any bones. This is going on the blog, I told him.

Then I reminded him about not closing the door, but forgiveness was not required because how could I be angry with such a man? 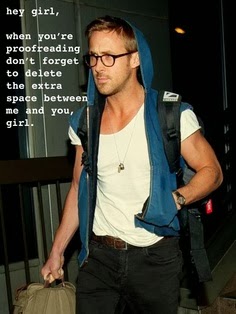 Ah, Willy Dunne Wooters. I love you so.