MOVIE WEEKEND: THE WOMAN WHO WASN'T THERE

Today I present for you viewing consideration a documentary called The Woman Who Wasn't There (2012, No Rating, Originally Made for TV, Available on DVD and Netflix Streaming). 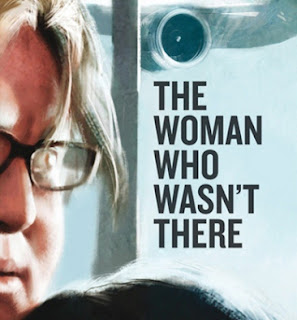 Because we endured another 9/11 observance so recently, I want to review this documentary, which I watched on Netflix Streaming.

On September 11th, 2001, a Spanish woman named Tania Head, who worked for Merrill Lynch, was on the 78th floor of the South Tower when the first plane hit, making her one of only 19 people on the 78th floor or higher who survived. After six days in a coma, Tania awoke in a hospital burn unit, absolutely devastated because Dave, who was her fiance or kinda sorta maybe her husband, had died in the North Tower.

Tania became a symbol of survival because of all she'd been through. Eventually, she helped establish a survivors' network, and became the group's president. She often led tours of the site where the Twin Towers once stood. She became close friends with many other survivors, who felt they could count on her during their darkest times.

Of course, the title reveals the truth so this review isn't really a spoiler. "Tania Head" was in Barcelona on 9/11. She never worked for Merrill Lynch. She didn't know the Dave who died in the North Tower. She's the woman who wasn't there, who managed to convince multitudes of people that she was.

This documentary is fascinating. No one really knows why Alicia Esteve Head claimed to be a survivor of the attack on New York. Did she long for attention? Did she want to be part of an important group? Was she lonely and found an opportunity to make friends?

Other survivors of 9/11 recount their experiences with Head. She was very popular in their community, and reportedly did not use her story for financial gain. Rather, she donated money to help others.

The film reveals how some of the other survivors became skeptical of Head's story, the details of which changed with various tellings, and how The New York Times eventually reported that her story was a hoax.

But she managed to get away with it until 2007.

The Woman Who Wasn't There is worth watching because it's one darned strange story. I give this documentary The Janie Junebug Highest Seal of Approval.

I hope you find it as interesting as I did.