I CHANGED MY MIND ABOUT MEGHAN AND HARRY

As I mentioned after Meghan and Harry's interview with Oprah, I felt sympathy for them. They had a right to defend themselves! The British press picked on her! She didn't have any preparation to be a royal!

As the weeks have passed, various news stories have pointed out that Meghan played fast and loose with the truth. While I don't think she plotted to bring down Harry's family by marrying him and somehow forcing him to obey her, her "insider" stories about the royal family weren't necessary. 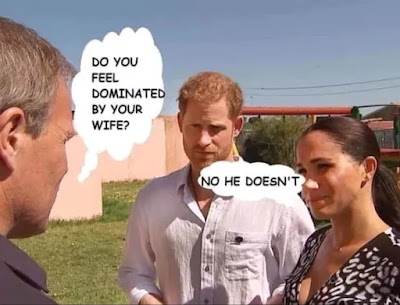 Meghan claimed her passport was taken away, yet she traveled outside of England.

She said she and Harry got married in their backyard three days before their public wedding, but The Archbishop of Canterbury said it ain't so.

Kate made her cry over bridesmaids' dresses; the journalist who reported that Kate cried stands by her story.

Meghan alleged her press office didn't stand up for her, but they made official complaints about coverage of Meghan twice.

Someone in the family pondered what color their baby's skin would be, but she wouldn't say who it was, and she and Harry recollected it occurring at different times. 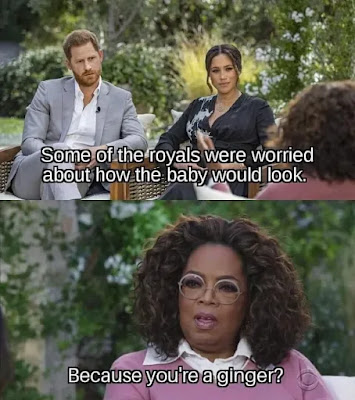 I could go on about the points she made that aren't true, or can't be proven, but you probably already know or you get the idea. I thought their goal in giving the interview was to gain publicity for their Netflix deal (cuz after all they need to make some money), but if that was the idea, then they didn't need to make accusations. They could have shown Oprah their chickens and talked about their new lives and everything might have been cool with the fam.

Instead, they're a couple of spoiled brats. After all, Harry inherited a pretty penny from his mum. Meghan also had money from her acting career. 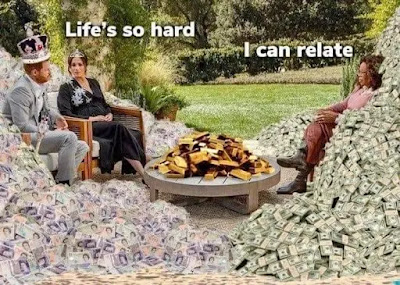 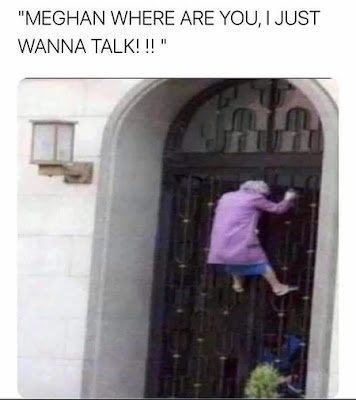 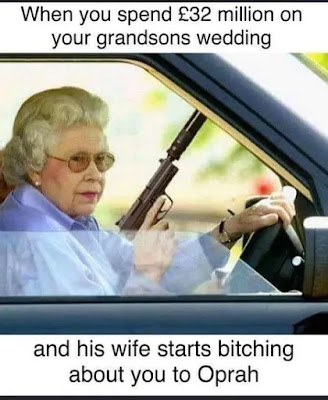 They can always make a few bucks with some dolls. 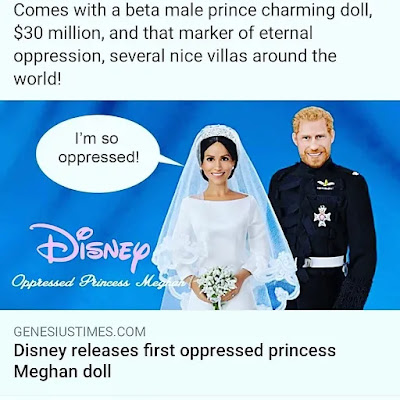 I certainly don't think their financial situation will come to this: 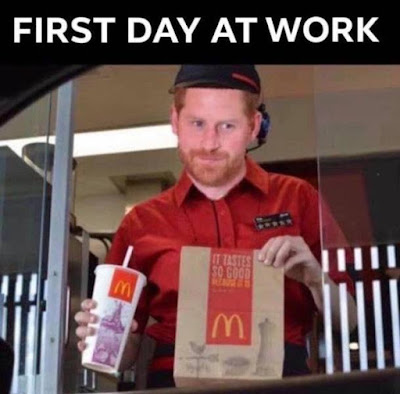 Those crazy kids should be just fine. After all, Meghan said Harry is adjusting to life in America! 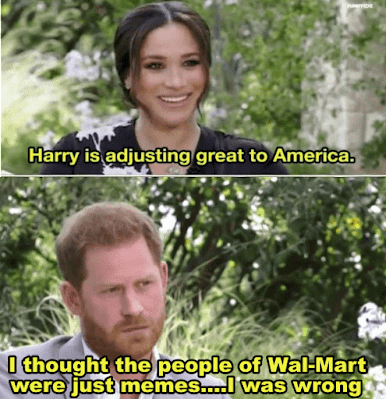 And they can use their influence with Netflix to keep The Crown going for years so Meghan can play herself!