The In Memoriam segment during the Academy Awards telecast always generates some controversy because of the names that aren't included. I was never bothered by it––until this year.

No Diana Serra Cary? I realize most people don't recognize the name, but those who work in the film industry should know that last year we lost the last star of silent films (three actors from silent films survive).

I'm no silent film buff, but on a trip to the library many years ago I came across a book that looked interesting: What Ever Happened to Baby Peggy: The Autobiography of Hollywood's Pioneer Child Star by Diana Serra Cary. The book was fascinating, and it's the reason I know about the remarkable, strange career of Baby Peggy. 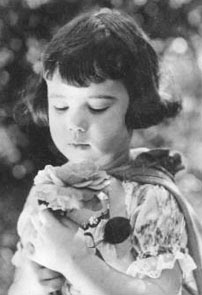 Peggy-Jean Montgomery started working in 1921 when she was two-and-a-half years old. Between 1921 and 1924 she starred in approximately 150 short films, and in 1923 she also started making feature films. She had a $1.5 million contract as Baby Peggy.
She worked eight hours a day, six days a week. She did her own stunts, some of which were dangerous. Baby Peggy was once held underwater until she passed out. She saw things no child should see and no adult wants to see. Her father, Jack Montgomery, took all the credit for her success, saying she did well because she obeyed his every order. Even on vacations, he put her on display for her adoring fans to see her follow his commands as if she were a well-trained dog. 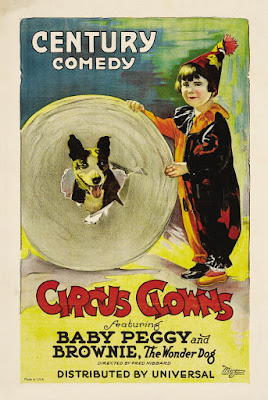 She also made personal appearances to promote her movies. Baby Peggy dolls were produced, and she endorsed sheet music, jewelry, and milk. Her fan
letters numbered more than a million. She was the official mascot of the 1924 Democratic Convention, where she was onstage with Franklin Roosevelt.
Her father handled every aspect of her career, making all business decisions, until he had a dispute with a producer in 1925 that ended Baby Peggy's movie career. The family then turned to touring in vaudeville, where she made $300 a day. Her father gave her a nickel for each performance. She worked even when she was so sick she had to vomit in the wings. Exhausted, they stopped touring in 1929.
And she didn't have a penny. Her parents spent everything.
As a teenager she became an extra in films for $3 a day. She hated it. Many of the other extras were also silent film actors. 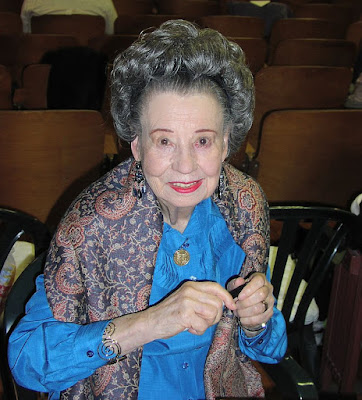 She married and changed her name to Diana Ayers in an attempt to separate herself from Baby Peggy and carve out a new career as an actress, but couldn't repeat the success she had once enjoyed. Then she divorced and remarried to become Diana Serra Cary––silent film historian, writer, and advocate for child actors. She died Feb. 24, 2020, age 101.
In addition to her autobiography, she wrote a biography of Jackie Coogan, another child star who ended his career with little of the millions he earned.
The majority of the Baby Peggy movies no longer exist. They burned in a fire or were lost through carelessness. The few that remain have been preserved. Occasionally, a new one is discovered.
Infinities of love,
Janie Junebug
Posted by Janie Junebug at Friday, May 07, 2021