Here are the answers to the CLASSIC CHRISTMAS MOVIES QUIZ. 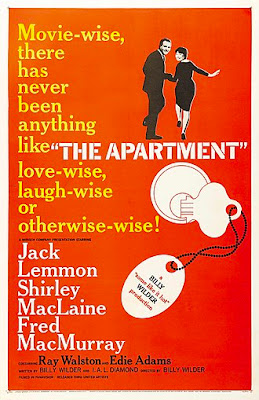 At the 1960 Academy Awards, Billy Wilder received three Oscars for The Apartment: Best Picture, Best Director, and Best Screenplay. It was the last black-and-white Best Picture winner until The Artist in 2011.

Fred MacMurray played nasty Mr. Sheldrake. He said a woman once hit him with her purse because she was angry with the character. He wasn't yet known for playing the nice-guy dad in Disney movies and on My Three Sons. 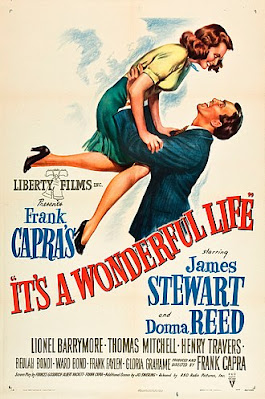 Karolyn Grimes had a successful movie career as a child and also played Debby in another classic Christmas movie, The Bishop's Wife.  Her character was named after Zu Zu Ginger Snaps.
It's A Wonderful Life was not a box-office success. It was nominated for five Academy Awards but didn't win any. Director Frank Capra and actor Jimmy Stewart cited it as their favorite film from their long careers. It became well known during the 1980s when the copyright lapsed and TV stations could show it for free. It's now back under copyright protection. 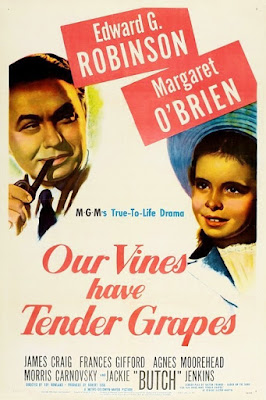 This story of a Norwegian farm family living in a Norwegian community makes me think of my family's history. My maternal grandmother came to the U.S. at the age of 12 with her Norwegian family. They lived in a Norwegian farming community. My mom said her grandfather never learned to speak English, but she thought he only pretended not to understand it.

Margaret O'Brien was known for her natural acting style and won a Juvenile Academy Award in 1944 for her performance in Meet Me In St. Louis. A maid took the award home to polish it and disappeared. It turned up almost 50 years later and was returned to O'Brien, who is now 83. Following her career in movies, she made a successful transition to TV roles and dinner theater parts. 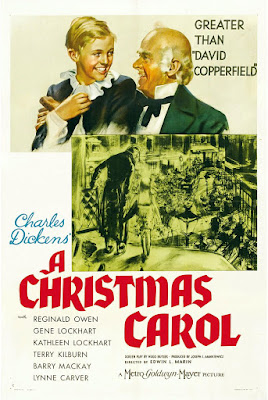 Charles Dickens' novella has been adapted for movie and TV screens numerous times. Many critics and scholars consider this, the 1938 version, to be the best. Lionel Barrymore, who played Ebenezer Scrooge on the radio every year, was set to play Scrooge in this film and had to drop out because of his arthritis. Reginald Owen replaced Barrymore.

Gene and Kathleen Lockhart play Bob and Mrs. Cratchit (Mrs. Cratchit doesn't have a name?). A Cratchit daughter, Belinda, is played by the Lockharts' daughter June, who speaks on film for the first time. You might remember June from Lassie, Lost In Space, Petticoat Junction, and numerous character roles. She is 95. 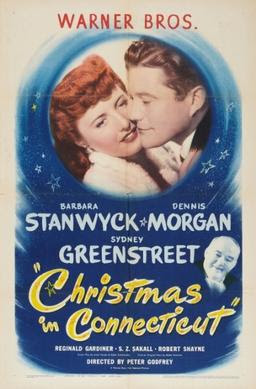 Barbara Stanwyck plays a magazine columnist who writes about Martha Stewart-type stuff, such as cooking, her home on a farm, pleasing her husband, and taking care of her baby. The problem is Elizabeth Lane knows nothing about cooking, lives in New York City, isn't married, and has no child. Antics ensue.

I love Barbara Stanwyck. She shone in comedies, dramas, and film noir––including her brilliant performance in Double Indemnity. In 1944, she was the highest-paid woman in the U.S. She was nominated four times for the Best Actress Academy Award, but never won. She received an honorary Academy Award in 1982. Stanwyck also won three Emmies for The Barbara Stanwyck Show, The Big Valley, and The Thorn Birds.

I see from your comments that we don't have any classic Christmas movie savants, but some of you did pretty well, and some of you are too bawk bawk bawk 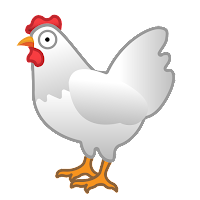 to tell us what you claim to know. I hope I've piqued your curiosity about some great movies that you might check out when December rolls around again.