Where are the tulips today? 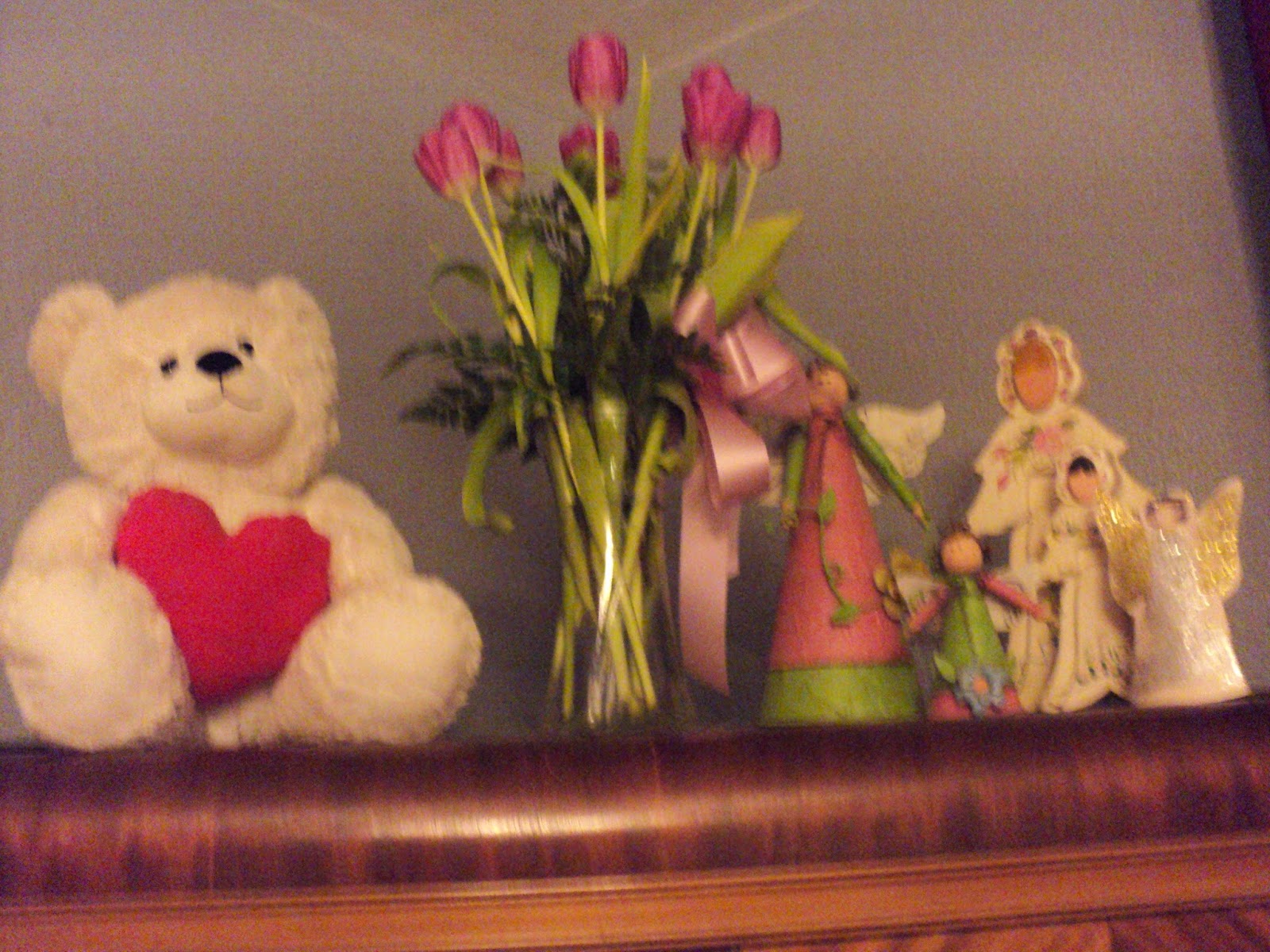 Oh, how nice. They've decided to visit the bedroom. They're on top of the wardrobe with my Teddy Bear and my angels.

Now I have a story to tell you about my training when I went to work in the nursing home. One day in class, a student said she'd had to, you know, clean, you know, like, a patient's suzie.

What is a suzie? I demanded.

You know, like in between her legs, you know, she answered.

Our instructor said, Suzie is a word that's used locally to mean vagina.

Well, I've never heard that before, I said.

Remember the George Carlin video (HERE)? I wrote, Notice, please, that we (Americans) change words as we try to depart from reality.

That brings us back to vaginas. You might not have seen the following video, or you might like to watch it again. It's Eve Ensler in The Vagina Monologues:


While Ensler asserts that vagina is not a sexy word, her video reminds us that a vagina is a vagina. It's not a suzie, a twat, or a split knish. I imagine some cowboy pushing back his hat to say, I'm gonna get me some pussy.

Well, buddy, it's not a pussy. It's a vagina, and it's part of a woman's body. Let's not turn it into something as unrealistic and unimportant sounding as a pussy––a cat to be owned by anyone. I wonder how many rapists think, I'm after vagina tonight. I'm gonna beat the crap outa that woman so I can take out my anger on her vagina.

Yes, the vagina is part of a woman's body. It's a tender part, an easily injured part, a too easily invaded part. If a man stopped to think that a woman has a body part called a vagina, instead of thinking he's gonna get him some pussy, do you think a chance exists that he would think of the woman as a woman, and not as a thing to be owned?

I don't think so, either, but I have to toss the idea into the ether and see where it lands.

*For information about the contest, please click HERE.
Posted by Janie Junebug at Wednesday, March 04, 2015