Where do you suppose the tulips are today? 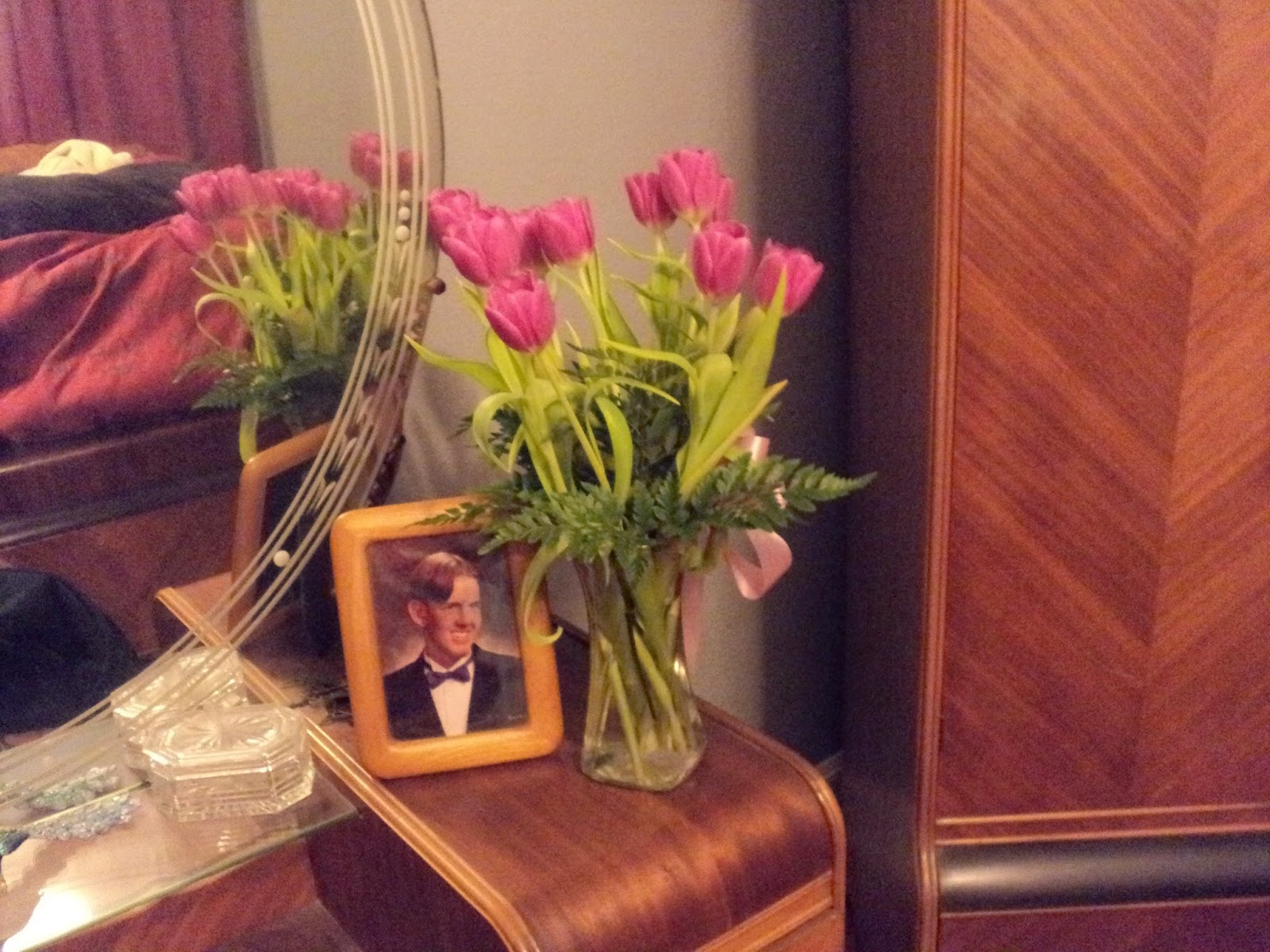 Of course, we still don't know who sent the tulips––well, I do, and so does the sender.* I think the problem with the guesses is that they're too obvious. Today's clue is that the sender has a vagina.

Now you know we've been mentioned on each other's blogs, and she has a vagina. I think it's reasonable to believe that the sender is a female blogger, and someone I follow, who also follows me.

I was going to write a post today about the fact that we women own our bodies, even if we're not treated as if we do. Then I visited Shady Del Music & Memories and learned that Lesley Gore died. Thus, I present my favorite Lesley Gore song. It states what I want to say to you, but does so in a much better way than I could:

Lesley was 68 when she succumbed to lung cancer. Once upon a time, I would have thought that 68 is quite elderly. Now, at 56, I think I'm just getting started.


*For information about the contest, please visit HERE. If you're still reading, here's another clue: She's [the sender] intelligent and hard working. Despite her youth, she was promoted to supervisor and now a manager at the store where she works.
Posted by Janie Junebug at Thursday, March 05, 2015