Today I present for your consideration a documentary called The Imposter (2012, Rated R, Available on Netflix Screaming or DVD). 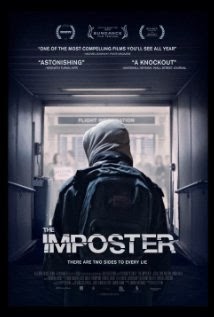 It's 1997 in Spain. The police receive a call from a phone booth. A tourist claims he has found a frightened American kid who has no identification.

The police pick up "the kid". They take him to a children's home. He won't reveal his identity, and begs to spend the night in the home's office so he can have privacy to call his American family to tell them where he is. He knows they'll be very shocked that he's alive.

The Kid calls police departments in the U.S. and looks at photos of missing teens. He then claims to be Nicholas Barclay from San Antonio, Texas, who disappeared in 1994. He would be 17 now.

Nicholas Barclay's sister flies to Spain and says, Yes, this is Nicholas. She says he looks so much like his Uncle Pat. He has Uncle Pat's nose. 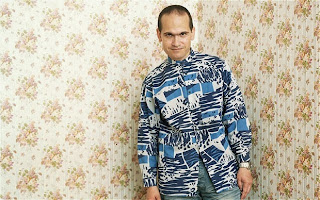 It just gets crazier from there. This documentary is fascinating. You already know from the title that something is not right, but it seems that something might not be right with the Barclay family, too. You have to watch The Imposter to believe it, and even then you'll shake your head and wonder how people can be so crazy.

The Imposter earns The Janie Junebug Highest Seal of Approval. It's strange and fascinating and well made.