THALIDOMIDE BABIES: A SAD FOCUS ON CALL THE MIDWIFE

Warning: This post includes information about babies born with severe defects because of thalidomide. I've also included photos of thalidomide victims. If this information and/or the photographs will upset you, then I encourage you not to read my blog today.

During the most recent season of Call the Midwife (Season Five), the healthcare workers of Poplar face a series of traumatic events during 1961. Some babies are born with "flippers" instead of limbs, and some have even more serious birth defects. 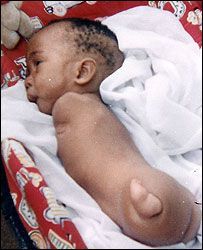 Sister Julienne is appalled when she's sent to work in a hospital for a short time. A doctor delivers a baby only to exclaim in disgust that it's another "monster." In spite of Sister Julienne's attempts to save the child, he––or she, the genitalia does not provide a clear indication of gender––is placed naked, next to an open window during cold weather. Sister Julienne is informed that it would be for the best if the infant simply slipped away. The parents are then told that their child died.

Dr. Turner finds a link between the birth defects and the thalidomide given to pregnant women to ease their morning sickness. 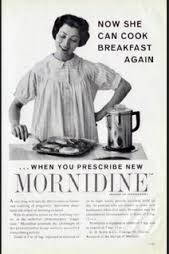 I had heard of "thalidomide babies" before, so I set out to do some research. A documentary on Netflix Streaming provided me with the information I needed. It's called Attacking The Devil: Harold Evans and The Last Nazi War Crime (2014, Available on DVD, and Available Online at https://goo.gl/A9NioB).

I don't want to go into all the details I learned from the documentary, especially the association with Nazis, because you might want to watch it yourself. It's very well made. But here are a few facts about "thalidomide babies":


Thalidomide: The Fifty Year Fight tells us that "the severity and location of the deformities depended on how many days into the pregnancy the mother was; thalidomide taken on the 20th day of pregnancy caused central brain damage, day 21 would damage the eyes, day 22 the ears and face, day 24 the arms, and leg damage would occur if taken up to day 28. Thalidomide did not damage the fetus if taken after 42 days gestation."

The sad story of thalidomide makes for worthwhile learning. Perhaps it will lead us to question the side effects of the medications we receive, and to recognize that pharmaceutical companies don't exist to serve us.

They are companies that seek to make billions of dollars. 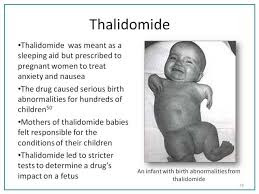 Update: I apologize for using photos of thalidomide survivors without permission. I did a Google images search of "thalidomide" and found photos that didn't appear to be copyrighted or have any attribution. I should have done more research. A thalidomide survivor tweeted me that I should not have used the photos. I appreciate her kindness for approaching me without anger.