BATTLE OF THE BANDS: I'M DIGGIN' THESE SUMMER VIBRATIONS

It's time for the July 1, 2015, smack down of the Battle of the Bands. Mr. Stephen T. McCarthy provides us with this information about the bloghop:
The whole thing is really quite simple: You select two different versions of the same song (versions you feel might give each other some competition in the voting) and you post them on the 1st and the 15th of each month.
On the 7th and 21st of each month, you add your own personal vote to the mix, total up all the votes and announce the winner on your blog.
Beyond that, just try to have fun with it and let your readers/voters have fun with it.

Because I want to celebrate summer, our song today is California Girls, written by Brian Wilson and Mike Love for their very popular at the time band, The Beach Boys. It reached #3 on the Billboard Hot 100 in 1965. Take it away, Beach Boys, performing live in Japan in 1972:


What a bunch of old geezers. I almost want to say, "Look at poor Brian Wilson with his brain damage," but he did it to himself--with encouragement. I would have preferred showing the group in '65, but the only video I could find was from some dumb TV variety special. The performance is so bad that some of the "boys" are still playing their instruments after the song ends.

I love this song, though. It objectifies women, especially women hanging around in bikinis who must want to be objectified. It's catchy, too.

Here's how I used to earn a living:

Twenty years after the Beach Boys released California Girls, David Lee Roth covered it. The cover also reached #3. Remember this guy from Van Halen who used to be kinda hot?

As for the influence of California Girls, The Beatles' Back in the U.S.S.R. is an homage to the song. It's been covered many times, including by The Chipmunks. It influenced Katy Perry's 2010 hit California Gurls.

Now it's up to you to vote in the comments section, and yes, I have comment moderation enabled. Your comment won't show up until it has my seal of approval. On California Girls, do you prefer The Beach Boys or David Lee Roth?

Maybe you should close your eyes when you listen to the video of The Beach Boys. They aren't much to look at anymore. Of course, David Lee Roth has also changed a lot since 1985. 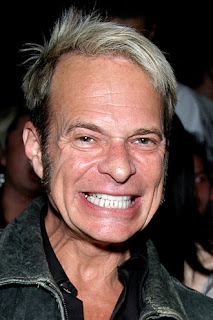 P.S. You know you can join this hop. Visit Stephen T. McCarthy. He'll get you signed up.
Posted by Janie Junebug at Wednesday, July 01, 2015