That rotten no-good showoff Andi at delusions of ingenuity hasn't blogged much lately. I miss her even though I'm jealous of all the cool stuff she does. Andi can find a crappy piece of furniture that someone has thrown out and turn it into a showpiece. A while back, she had a chair that needed a booster shot, so she painted it with fabric paint. It looked ab-fab, sweetie baby.

My dining room chairs hadn't looked too good for a couple of years (I kept the white fabric seats in pristine condition for more than ten years, but then I allowed children to enter my house--big mistake! huge!). I decided that I would pull an Andi and paint the seats because having them reupholstered is more of a challenge than I'm willing to face, and I don't have the bucks to pay someone else to reupholster them.

So I went online to trusty Amazon and bought cheap inexpensive fabric paint. I'm not sure how many months the package of various colors of fabric paint graced my dresser because I was too lazy concerned that I wouldn't do a good job so I didn't do anything at all I spent long hours pondering how I would use fabric paint for the first time in my life. The chairs continued to look like this: 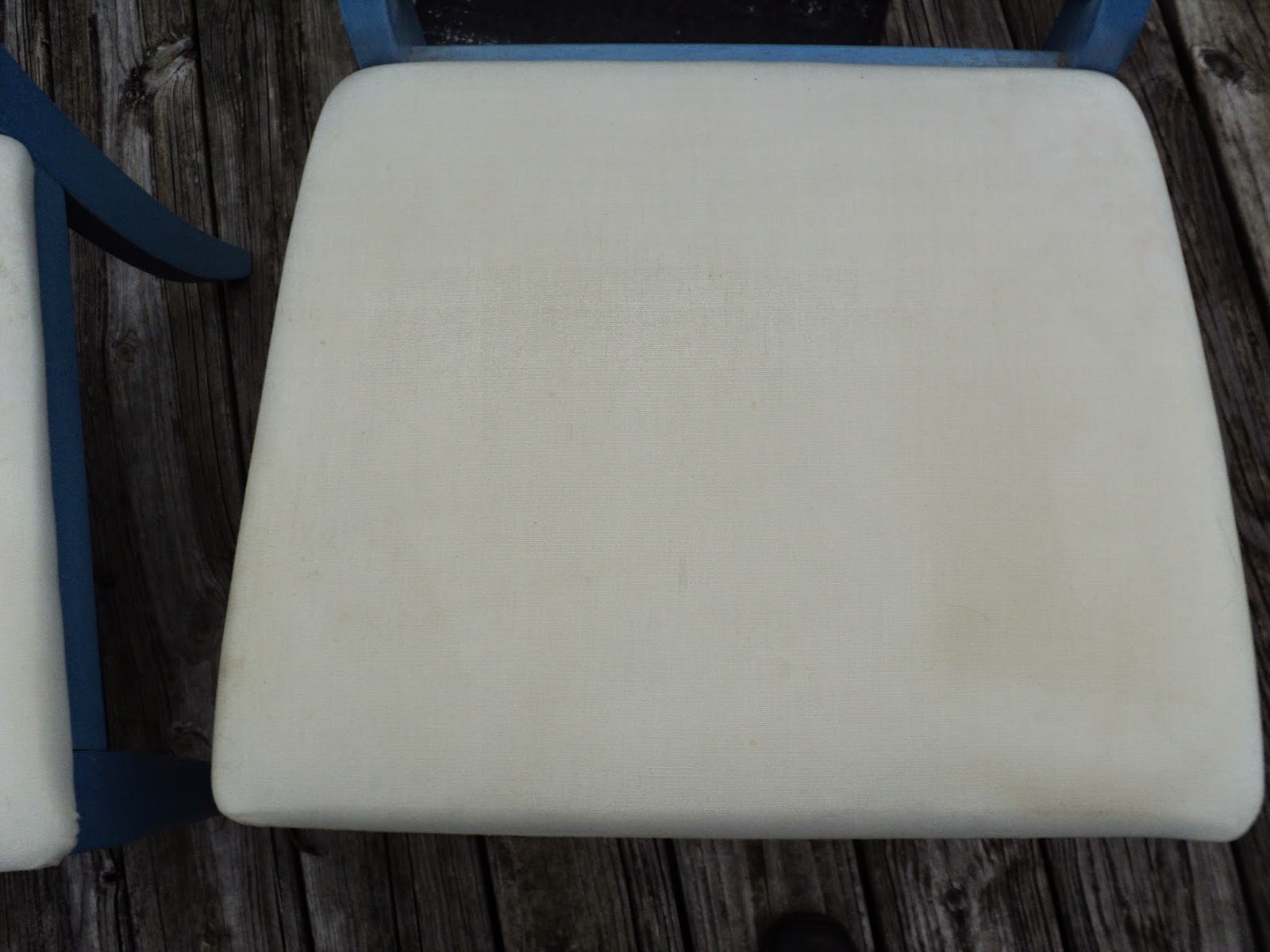 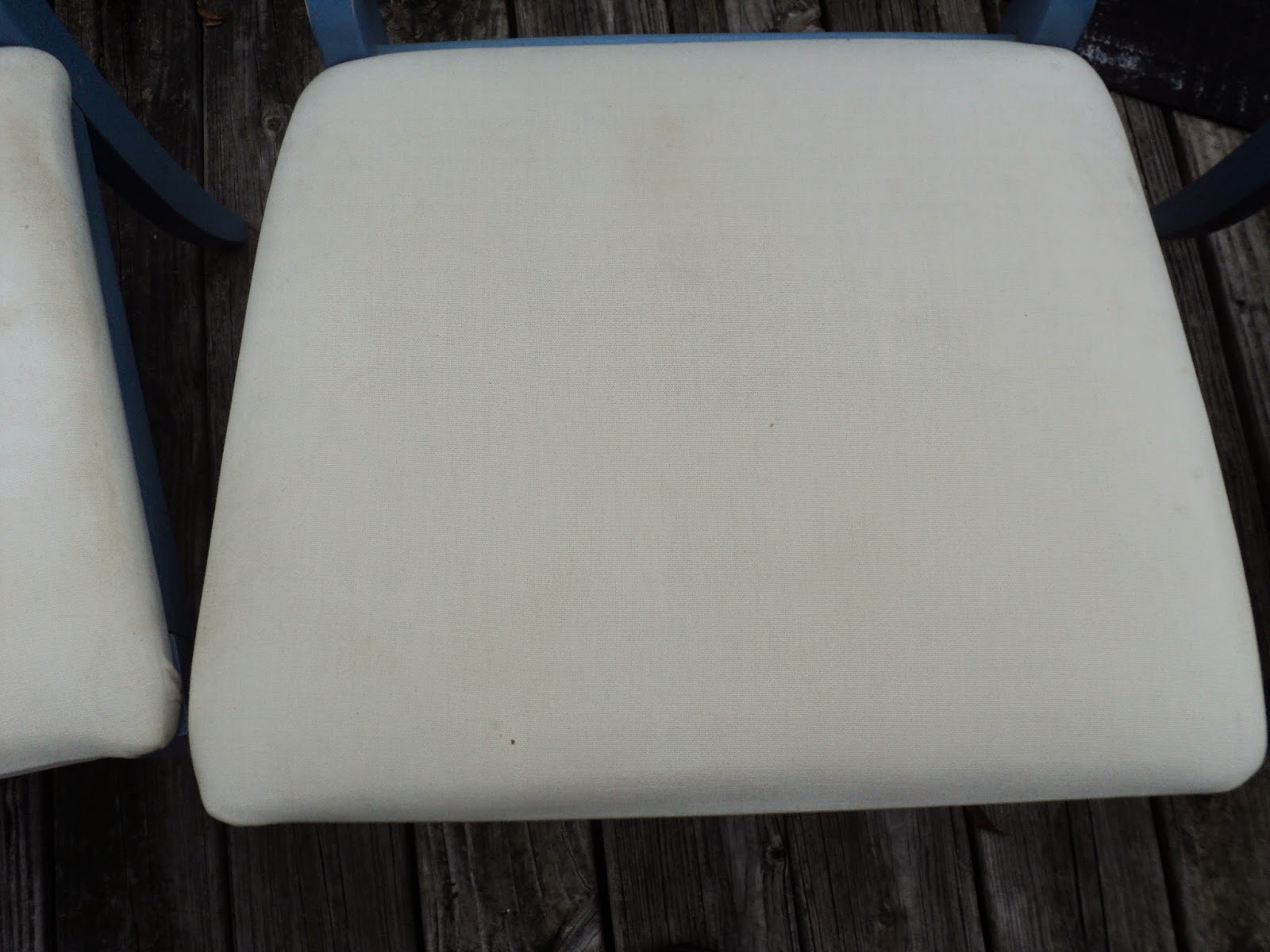 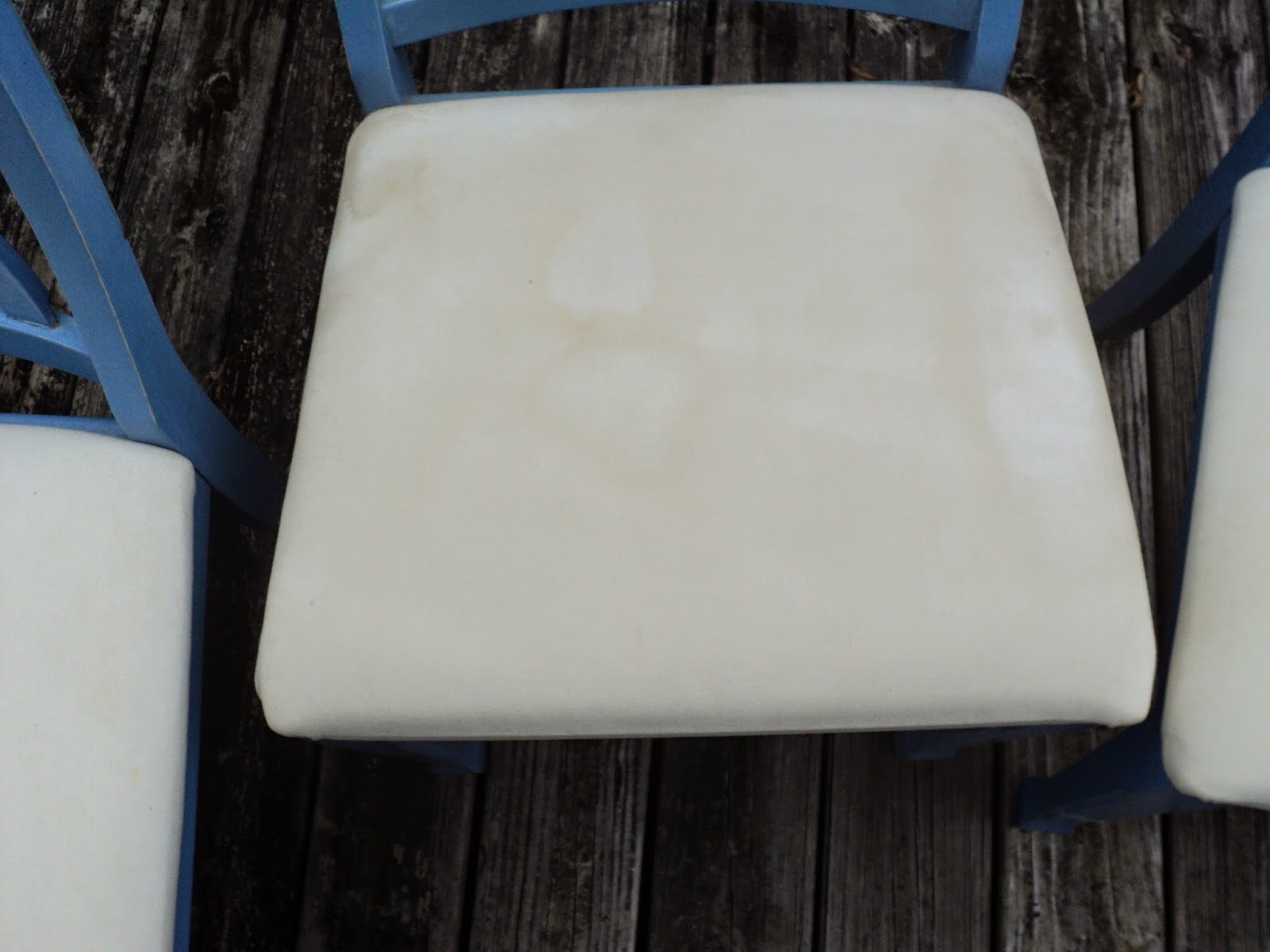 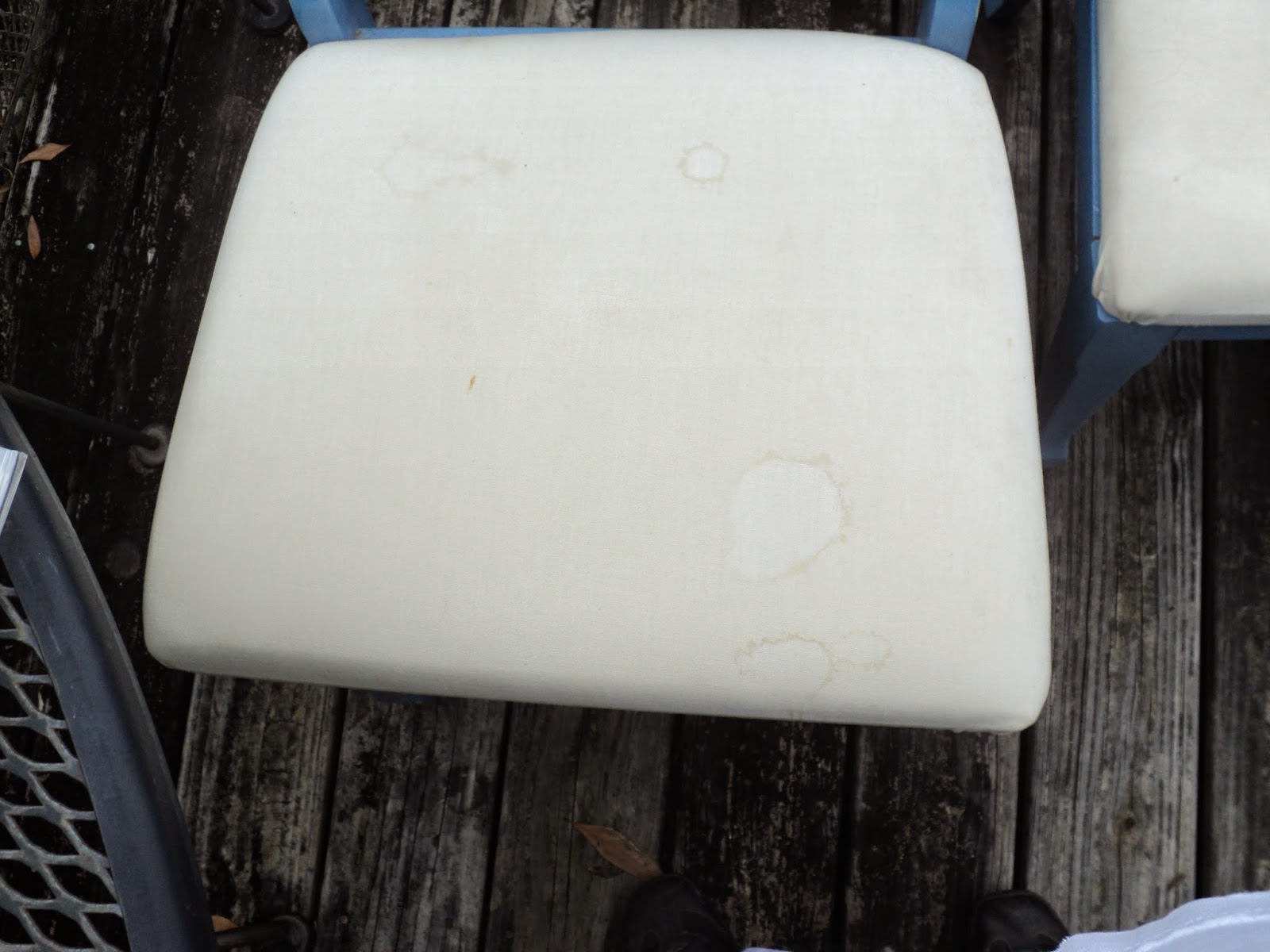 Then on a day early in November I decided that the package of paint had gathered enough dust to make me want to try the project. The sun shone, so Franklin and I dragged the chairs out to the deck. I picked out four colors because I wanted to paint each of the four chairs a different bright, cheerful color. I applied the paint with wet sponges. A brush didn't work well. I quickly learned that one little bottle of paint wouldn't completely cover the seat of a chair.

Change of plans: Franklin and I decided that each chair would have a base color for the main part of the seat, and a complementary color on the edges of the seat. It didn't look all that great.

Another change of plans: I'm a Jackson Pollock fan, so I took the little bit of paint that was left in each bottle and squirted some on the chairs. 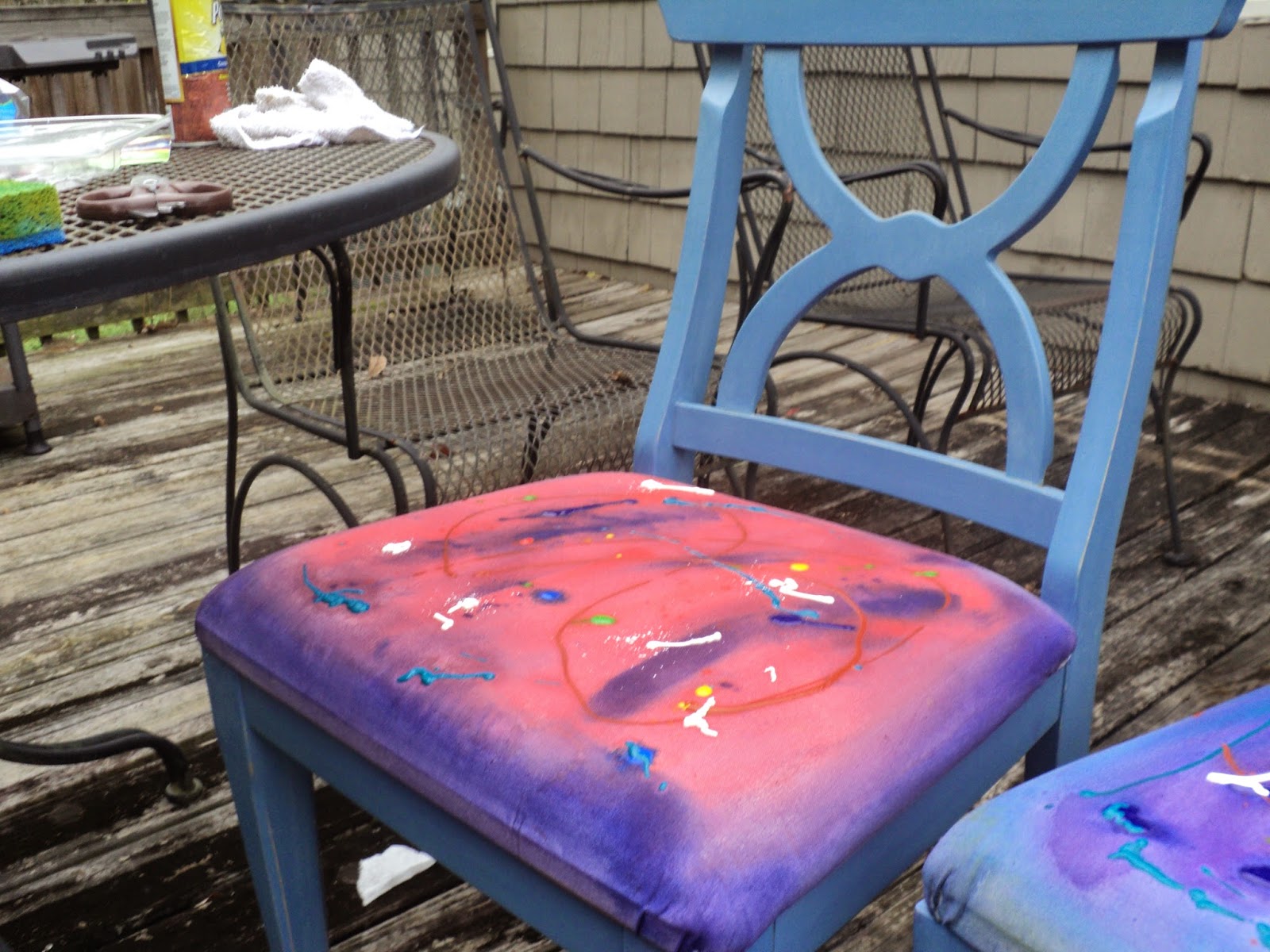 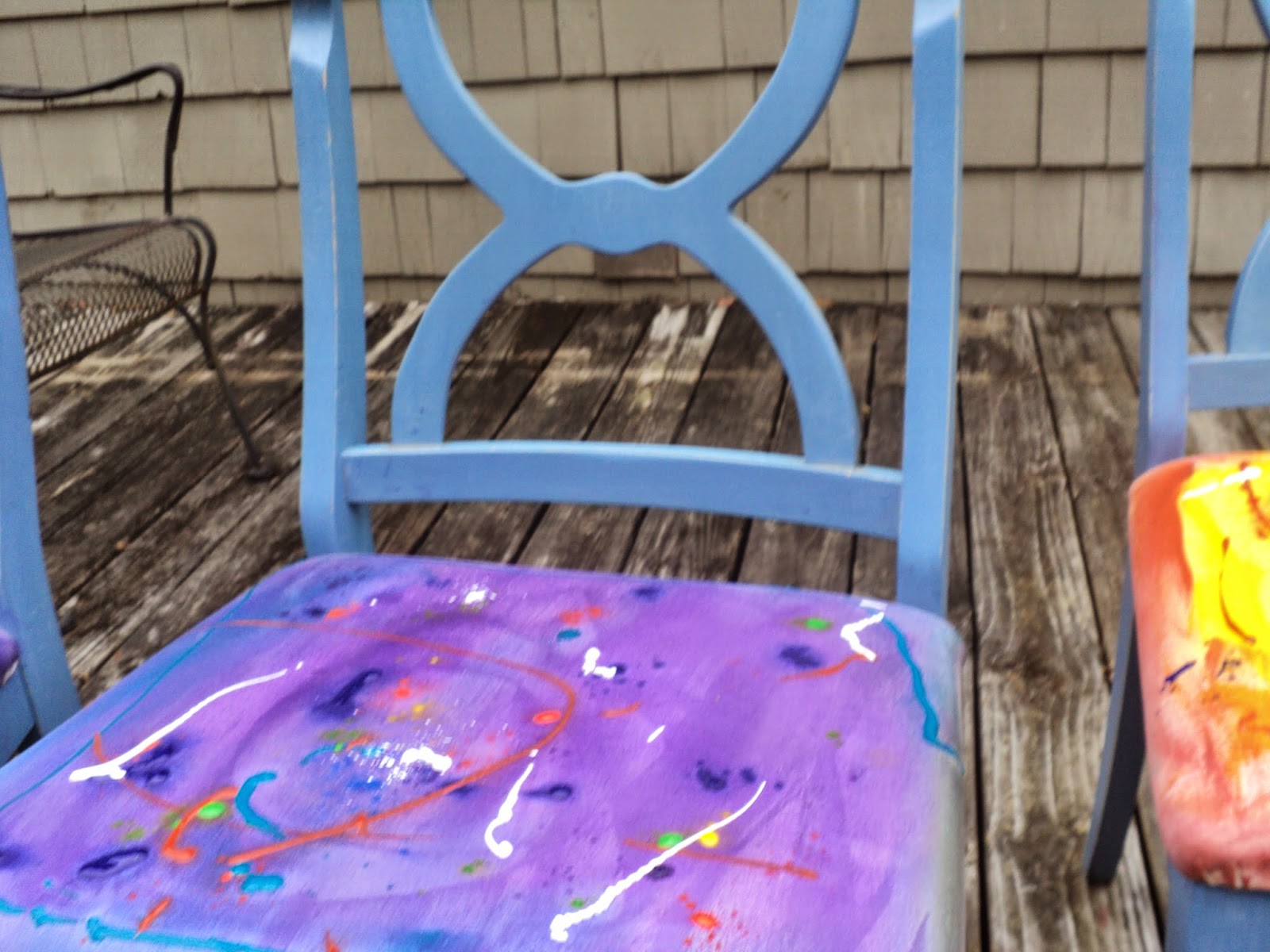 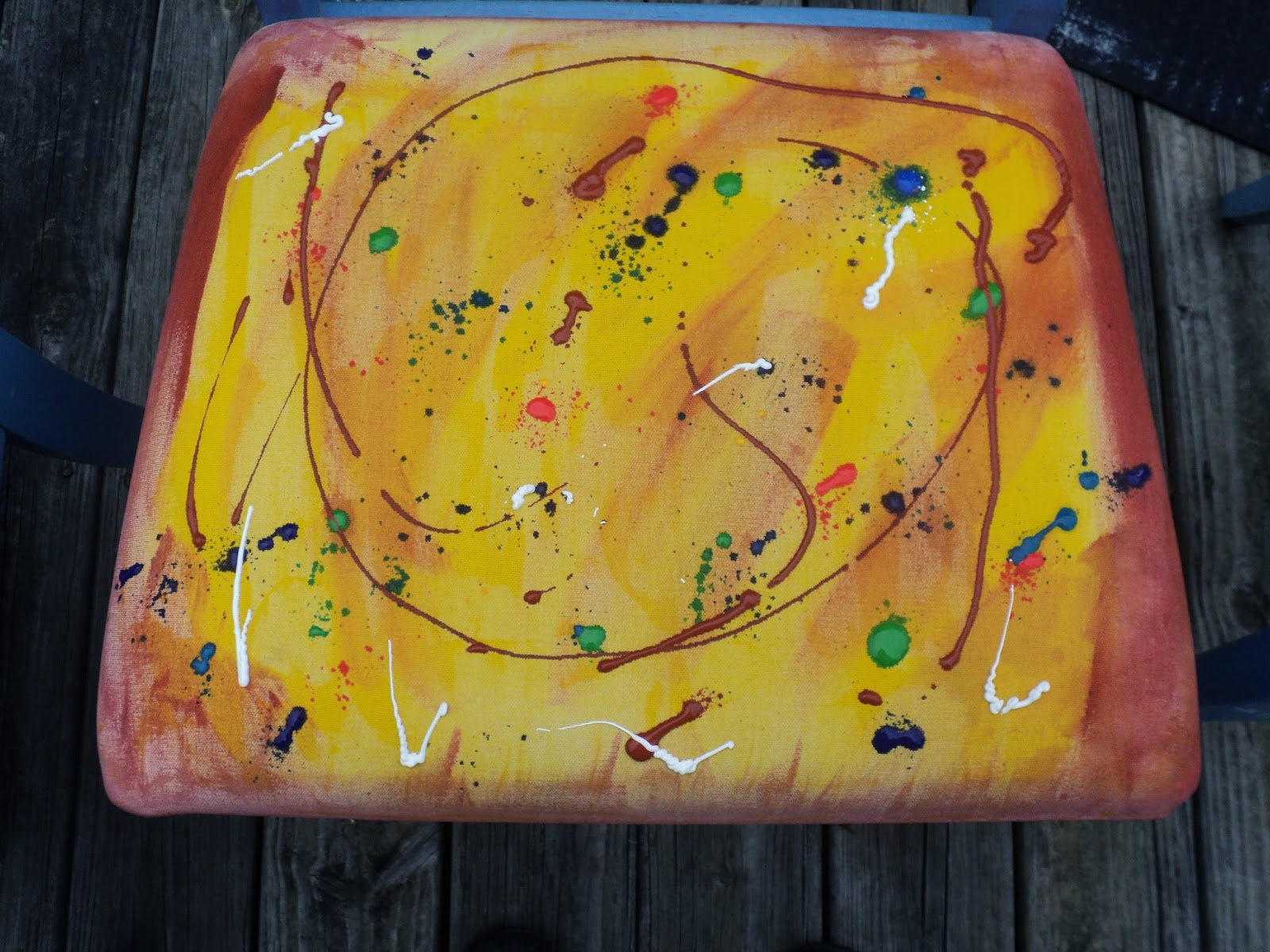 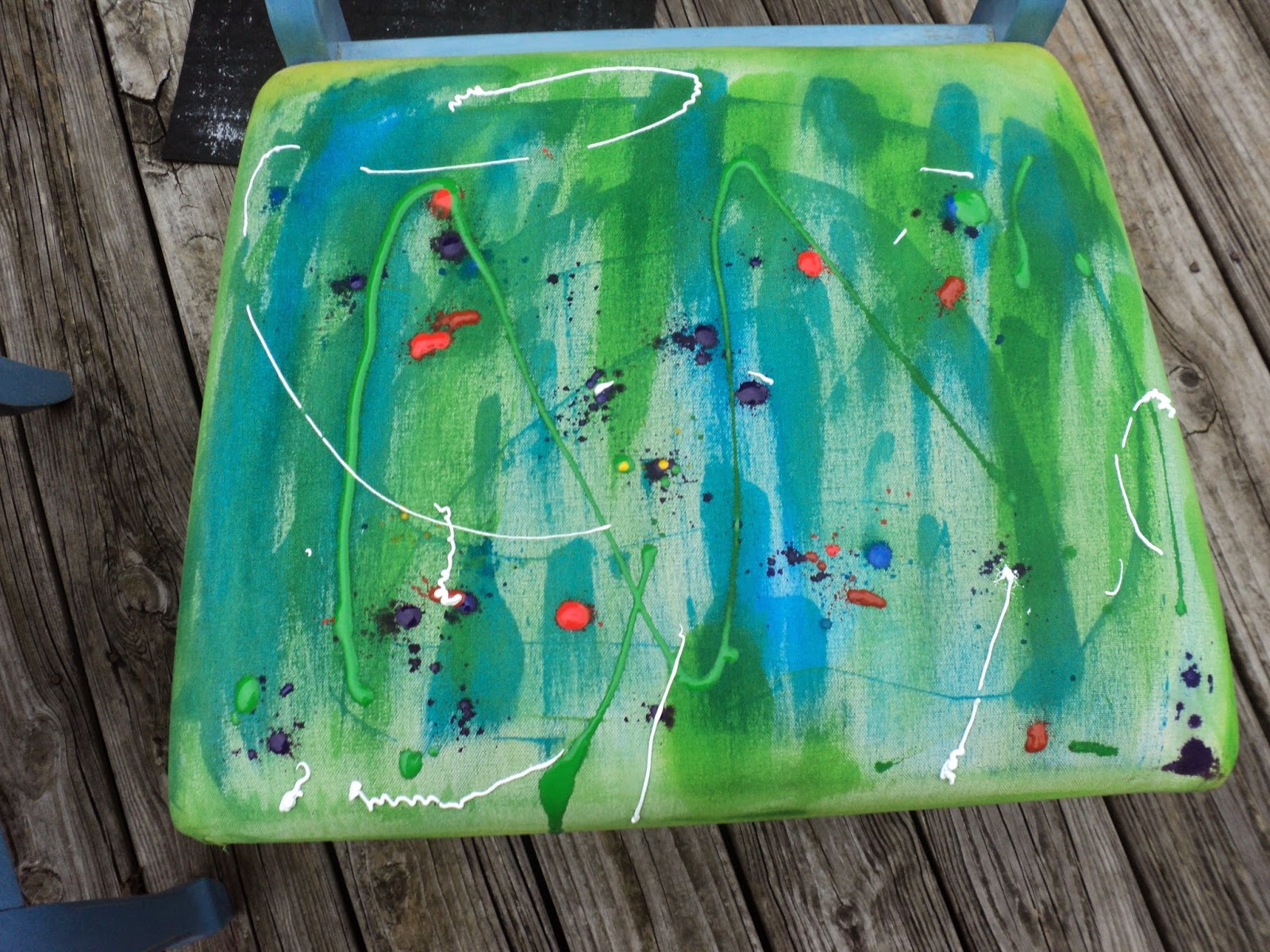 Franklin and I agreed that it was fun to splatter paint around. We think Jackson Pollock must have had a pretty good time––aside from being an alcoholic and dying in a car crash when he was drunk and driving a young woman to her death.

Frankie and I are a good team. We liked the chairs.


We let them sit outside for a while. Then we dragged them back in the house and forbade everyone from sitting on them. That means me; Franklin; and on part of the weekend, Willy Dunne Wooters (who was pretty darn enthusiastic about the chairs and thought they looked like sunrise, sunset, a forest, and my ass  something else I can't remember).

I worried that the blobs of paint would come off after they dried, but they didn't. We sat in the chairs for the first time when we ate Thanksgiving dinner. Favorite Young Man joined us. He liked the chairs, too, or at least he was smart enough to say he liked them. This is what the table and chairs looked like on Thanksgiving before we put food on  the table and our butts on the chairs: 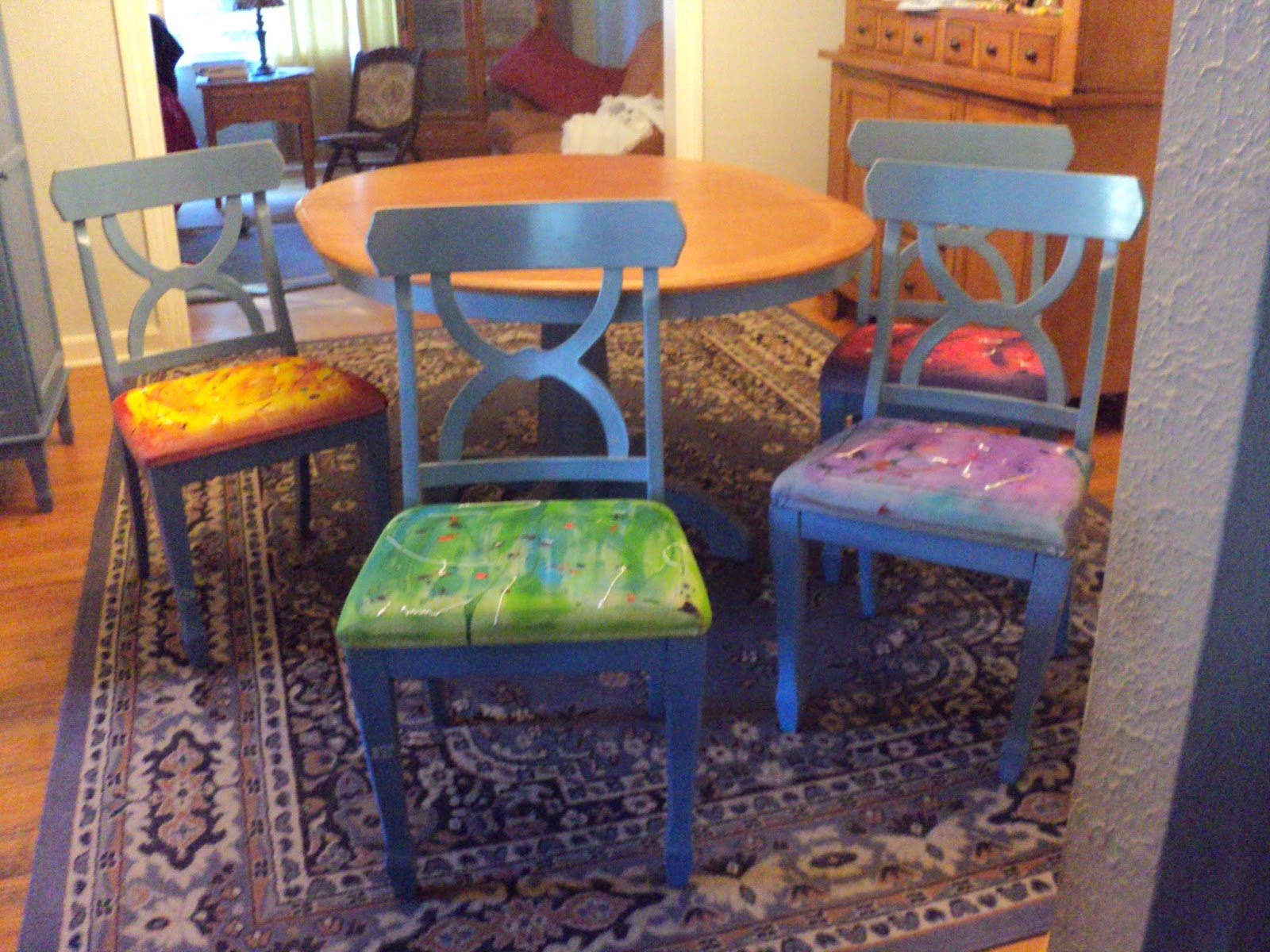 Thanks in advance for telling me that the chairs are cool. 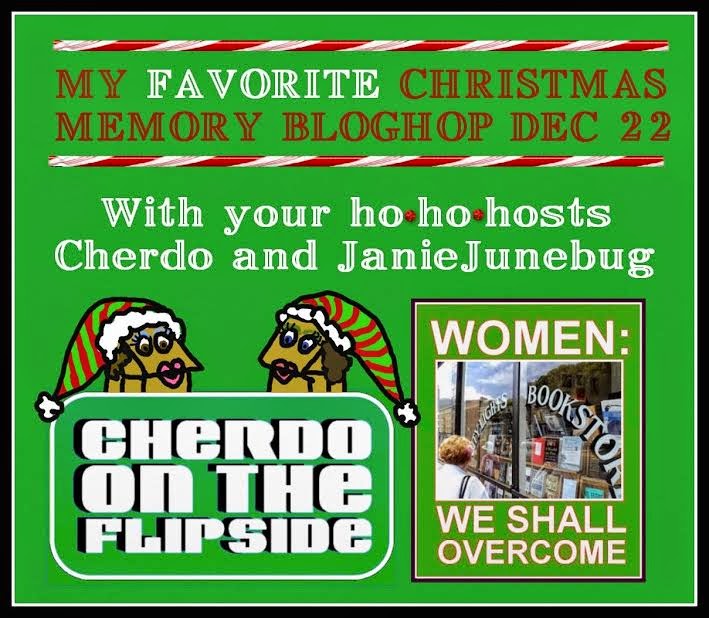