A DATE WHICH WILL LIVE IN INFAMY

Sunday, December 7th, is Pearl Harbor Remembrance Day. Because of my concern that our young people are unaware of our country's history, I shall pull an Al Penwusser and present a post from last year. 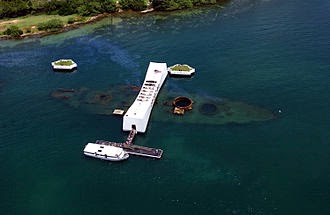