Maybe I would have enjoyed New Year's Eve more if it weren't July and hotter than Satan's rear end when he sits on his throne in hell, pretending he's king.

New Year's is a cute enough movie. It stars darn near everyone. Sadly, Ashton Kutcher is in it, but so is Jon Bonjovi. Bonjovi trumps Kutcher. 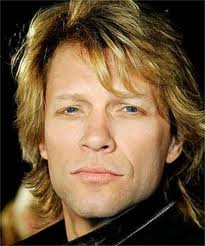 The movie consists of vignettes, each a type of love story. Various characters' lives are intertwined in ways we don't expect. I think I might like this movie if I watch it again as 2013 approaches.

George Harrison: Living In A Material World is far more interesting and well made. We have Martin Scorsese to thank for that. The documentary covers Harrison's life from the time he became a Beatle through his untimely death from cancer, with a special focus on Harrison's spirituality.

Many of his colleagues are interviewed, including Paul and Ringo, and Eric Clapton. His ex-wife, Pattie Boyd, speaks well of Harrison, and his widow, Olivia, tells the story of how they were attacked in their own home and George was stabbed -- something I had forgotten. George and Olivia's son Dhani is included in the documentary, too. He seems quite a handsome and intelligent lad who loved his father.

I had also forgotten how many beautiful songs George Harrison wrote. One thinks of John and Paul as The Beatles' songwriters, but Harrison had a very special musical touch all his own. I always associate "While My Guitar Gently Weeps" with Harrison, but I think of "Something" as a Beatles song and not really Harrison's. I shouldn't. "Something" is a George Harrison-penned song.

What a talented man he was. Paul speaks of how quickly Harrison could learn to play a song that someone else wrote, and could add his own little touches that improved the composition. It was Harrison who put together The Traveling Wilburys (consisting of Harrison, Tom Petty, Roy Orbison, and Bob Dylan). He held The Concert for Bangladesh -- the first fundraising effort of its kind, according to the documentary.

Apparently he also had quite the quirky sense of humor, but I don't want to start telling stories about how funny he was. You should watch this documentary for yourself to learn more about George Harrison. I give Living In A Material World the Junebug Seal of Approval.