I CHOKED ON THE BAIT WHEN I WAS PHISHED

To read the first part of this story, please go to I WAS PHISHED AND I NIBBLED ON THE BAIT.

To read the second part, please go to WHEN I NIBBLED THE BAIT, IT DIDN'T TASTE THAT GREAT.

It wasn't right. I knew it wasn't right. Why would I send my résumé and cover letter to Sas one day and receive an email from them about an interview the very next day? Why did the first email come from "William George," while the second came from "Jessica Julious"? Both names seemed suspicious to me.

I got in touch with Willy Dunne Wooters to ask him about Sas. 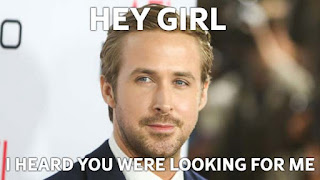 He said that Sas (pronounced sass) is a real, high-end company, and I should be prepared to sound tech savvy in my interview.

But I'm not tech savvy, I said.

I mean that you should be able to tell them that you know they do data analysis instead of saying you don't know what they do, WDW explained.

His final remark was, Just be careful you aren't being phished.

I already suspected I was being phished.

Sas is in the data analysis business. I'm not a technical writer. If you read the second part of this story and saw the comments, then you know that the email asking me for an interview was filled with errors. Besides, what kind of high-end company does interviews on Google Hangouts?

When Favorite Young Man got off work that day, I told him the story. He was like me. At first, he wanted to believe it was true. Forty-eight bucks an hour to work from home? (Sas does not have an office in my city. I learned that in my research.)

Want to believe it's true = It's too good to be true

We went back to the Sas Web site. That's where I found the definitive answer to my question. I'll tell you what I learned when I continue this never-ending saga on phishing.

Except we will have an end.