It's been a long time since I reviewed a movie for you. Because I've seen quite a few movies, I'll give you "snippet" reviews.

I saw all of these movies on DVDs sent to me by my friends at Netflix.

Lion Carol and I watched this one together. We loved it! Dev Patel is great, and he is a sexy man.

Paterson Paterson's last name is Paterson. He lives in Paterson, New Jersey. He drives a bus. He goes home every night and eats the dinner cooked by his wife. Then he takes her dog for a walk. The dog sits outside while Paterson goes in a bar and drinks one beer. Then he goes home. But into Paterson's mundane existence we insert the fact that he writes poetry--beautiful poetry. His wife expresses her artistry by painting everything in sight and deciding she wants to be a country singer. She also loves her husband's poetry. I love this movie. Art can be where we least expect it. By the way, Paterson's favorite poet is William Carlos Williams, who was from Paterson, New Jersey.

Jackie Dull, breathy-voiced debutante grieves after her husband's assassination. How could Natalie Portman be nominated for a Best Actress Academy Award? Watching this movie led me to Google more info about Jackie Kennedy, though. I didn't realize that Caroline Kennedy allowed her mother's oral history recorded for the JFK Library to be released much earlier than Jackie Kennedy had decreed. Did you know Jackie called Lyndon and Lady Bird Johnson "Colonel Cornpone and His Little Porch Chop"? Now, that made me laugh.

La La Land I thought I didn't like this movie because my expectations were too high. Then I discovered that some other bloggers didn't like it, and Favorite Young Man said he knows a lot of people who didn't think it was that great. This movie won Best Director and Best Actress at the Academy Awards? Not okay. I realize that the actor who looks so much like Willy Dunne Wooters is in this movie. He's fine. He's always fine. He rises above the material.

The Light Between Oceans Sweet and sad.

The Infiltrator Dull character study that only gets interesting at the end.

Demolition Love, love, love, love it! Go, Jake Gyllenhaal! His character's strange reaction to his wife's death in a car accident makes for a great movie. Give Jake an Academy Award already.

You'll learn more about two nine-year-old boys on Tuesday. Tomorrow is The Cephalopod Coffeehouse, so I have to tell you about the best book I read this month. Monday is Memorial Day, so I have to memorialize my favorite vet. Oh, wait! Tuesday is TIP TUESDAY. The boys might not be back until Wednesday. 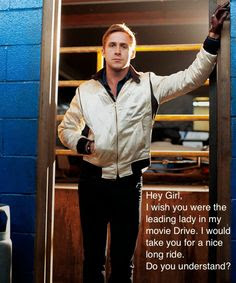