WHY DO PEOPLE TELL EXTREME LIES?

I'm back to our chat about Tania Head, the woman who said she survived the first plane crash into the World Trade Center and received all sorts of attention for it, but it turned out she wasn't there. She never worked there. She was probably in Spain on 9/11. (For more information, see my review of The Woman Who Wasn't There, a great documentary made by my close personal friend, Angelo Guglielmo, who actually tweeted me a thank you for promoting his movie, and I can prove it because I have the tweet. And no, I wasn't in New York on 9/11. I was in Maryland.)

After the revelation that Head wasn't there, weird stuff happened with her. She hung around New York for a while and went to some of the 9/11 observances. Somebody tweeted that she committed suicide. She got a job with a company in Spain. Allegedly, they fired her when the book and documentary about her antics approached their release dates. They felt customers wouldn't trust them if they employed her.

Alicia Esteve Head has never admitted that she wasn't there.

Last week I found an article about this guy, 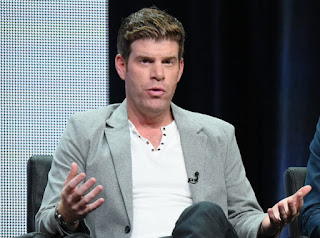 Steve Rannazzisi, who claimed to work for Merrill Lynch, as did Alicia "Tania" Head. Many times, he credited his presence in the tower with jump starting his career as an actor and comedian because he and his fiancée decided to leave the horrors of New York for the horrors of Los Angeles. 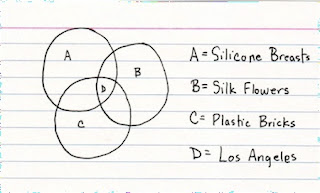 It turned out he's The Guy Who Wasn't There, but he admitted recently that he lied.

My close personal friend Angelo Guglielmo--you know, the guy who directed the great documentary The Woman Who Wasn't There--thinks people make up these stories out of a desire to connect with those who suffered. He says:
“I think Tania started to reach out to [survivors] simply as one human to another and ended up becoming a 9/11 survivor,” he told The Washington Post. “She needed that intimacy, that connection. She needed to be part of that community and not an outsider.”

Some experts think people lie about these experiences because they long for attention. More specifically, it can be a form of Munchhausen Syndrome.

One woman who was maybe named Laurel Wilson or Lauren Stratford became a leader in the "repressed memory" community because she wrote a book about her status as a satanic ritual abuse survivor. Later, she took on yet another name and claimed she was a child survivor of the Holocaust.

Then we have Brian Williams, the former NBC anchor. He didn't need to lie to gain fame or acceptance. The Washington Post article cites experts who think he might have had false memories.

I find these cases interesting for multiple reasons, including some that are deeply personal. No point going there.

And you know, don't you, that when I call Angelo Guglielmo my close personal friend because he tweeted me that it's a joke? He really tweeted me, which was nice, but we are not friends in any way. His documentary is great.

Do you know anyone who has told extreme lies? Without revealing your identity, do you want to admit that you've told such lies?