Last Thursday morning, between 8 and 9, I had three old fillings replaced – nothing compared to the oral surgery horrors our dear Jenny Matlock has faced of late. I admit, though, that I came home with a bit of a sore mouth, a bit of a headache, and a whole lot of tired.

I checked your comments on that day's blog, and then settled down for a long summer's nap. I watched something on the TV for a while. Normally, as soon as I sit anywhere, Franklin joins me immediately. But that day, it was Harper who stayed next to me. 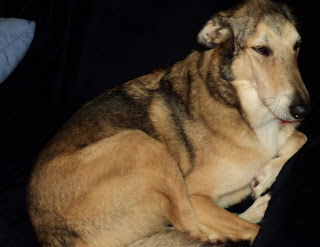 He must have been concerned about me. I slept most of the day, and every time I opened my eyes, he was by my side. I went to bed early that night and when I awoke for a bathroom run, Harper was in the bed with me. 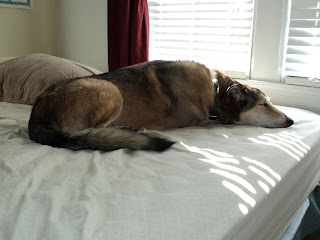 Having dogs who watch over me gives me such a safe feeling. I'm so grateful for the Z-Boys.

Harper never complains about having a woman's name, and he has beautiful big brown eyes. The Hurricane did some research and learned that he is a smooth collie/malinois mix. He doesn't mind that my French accent is very bad. Harper loves me just as I am.

But I have so much for which to be grateful. Notice that I wrote everything was done between 8 and 9. My dentist, Dr. Joseph Lee of Normandy Dentistry in Jacksonville, didn't piddle-fart around. He worked very quickly with the assistance of a tech. I won't say it was fun, but at least it didn't take long to get all three old fillings out and re-filled, which Dr. Lee hopes will ease my toofers' sensitivity to cold.

The last dentist I had dumped me because I missed an appointment. Even though I called in advance! How unforgiving. Dr. Lee, I am so grateful for you. 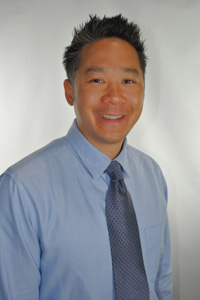