Before I tell you about NAUGHTY NEIGHBORS, I want to introduce you to some nice neighbors I've discovered in the blogosphers.

First up is Coffee Lady at My 2nd Cup. Coffee Lady had a problem with her original blog, My Morning Cup of Coffee, so she had to start over. It's been difficult for her to get in touch with her former followers to let them know where she is. I urge you to check out Coffee Lady and consider following her.

Second, meet LittleMyoo at delusions of ingenuity. I think she might be as nutty as I am, and you know that's saying a lot. So please check out LittleMyoo and consider clicking on her Follow button.

If you follow these ladies, then please tell them Janie Junebug sent you. That way they'll know who to  blame thank for all the new crazies visiting them.

Now, onto naughty neighbors. Susie at looniesuse inspired me to write this post when she wrote a post about her neighbor's rowdy grandchildren, which she then deleted because she thought it was too mean. Well, I don't want to be too mean about the naughty neighbors I had, and I didn't think Susie was mean. We had these neighbors so long ago that I think of them as an amusing memory.

It happened in a faraway land when some people built a house on the empty lot next to our house. The new people began life in our neighborhood by cutting down all the trees on their lot. 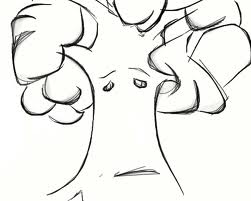 They had two children: a boy who was six, just like Favorite Young Man, and a girl, who was three. The Hurricane was born not too long after they moved into their brand spanking new house.

Girl Child had a name other than Girl Child. It was the name we had chosen if The Hurricane popped out in female form.

But after we got to know Girl Child, we chose a different potential name for The Hurricane, so that was how Baby Hurricane came not to be named Katharine.

We had a sliding glass door that led to the part of our kitchen where we sat down to eat meals together. As we enjoyed whatever I had cooked that day, Girl Child would suddenly appear at the sliding glass door to gaze upon us as we noshed. She's peer in at us, and I'd get up and close the drapes.

One day, I was working in the kitchen, and I heard a noise in the garage. The garage door was open because Favorite Young Man and Boy Child were running in and out and playing together. Apparently Girl Child had followed them and only got as far as the garage, WHERE SHE GOT IN MY CAR.

I took Girl Child home that day, and mentioned to her mother that she had been in my car. Mom gave me a look as if to say, Well, big deal.

From then on, I locked my car, even though it was parked in our garage.

I think my favorite story is about Boy Child.

Boy Child had quite a naughty mouth, which included frequently taking the name of the Lord in vain. We attended church every Sunday, and I hadn't yet developed my own mouth that needed to be washed out with soap. So we asked Boy Child not to say Jesus Christ when something went wrong.

Boy Child would not cease and desist, and one day his father heard Dr. X telling Boy Child not to say Jesus Christ. The father said, What's wrong with saying Jesus Christ? We sent him to a preschool at a church and they said Jesus Christ all the time.

We were absolutely amazed that an adult who had a good job with a nice paycheck didn't know the difference between a prayer and a curse. Dr. X endeavored to educate father and son with no success.