AN END TO THE CRISIS ON THE MANTEL

When last we visited the action figures on the mantel, they were involved in quite the kerfuffle. 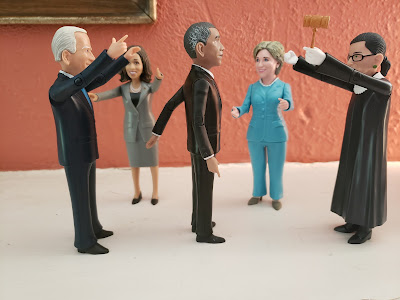 Joe Biden grabbed Barack Obama's hand and held on with a death grip, leading Barack to turn his back on Joe.

The crisis was resolved when two friends arrived. 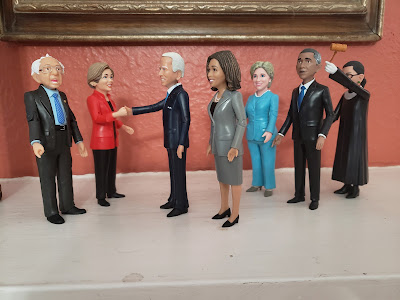 Look! It's Elizabeth Warren and Bernie Sanders! As President Biden reaches a hand out to Elizabeth (watch out, Elizabeth, he might not let go), Bernie has the look of a man who might be saying, What am I? Chopped liver?

Sometimes a distraction solves a problem, although Ruth continues to delight in holding her gavel over Barack's head.

Summer has flown by. A relative died, and my employer sent me flowers so beautiful that Sweet Cheeks thought they weren't real. 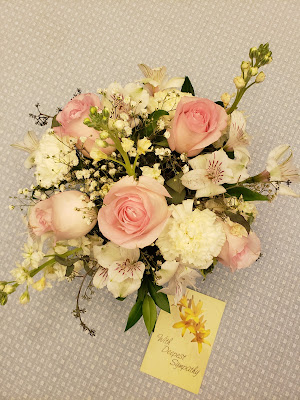 Yesterday was beautiful––sunny and cool for September, the calm before the storm. Today brought gray skies. About 11 a.m. Franklin the weather watch dog reported the rain had started when he went outside and came in with wet fur.  Later he relayed by hiding in my bedroom closet that the wind had picked up.

I'm happy I can work from home during the hurricane. Tomorrow will not be a good day to be out driving. I also work better with the assistance of Franklin and Penelope.