I watched two documentaries over the weekend and thought both were excellent.

The first was Val (2021, Prime Video, Rated R, 1 hr. 49 min.), in which Val Kilmer looks back on his life while struggling with the effects of the throat cancer that he says has been eradicated. 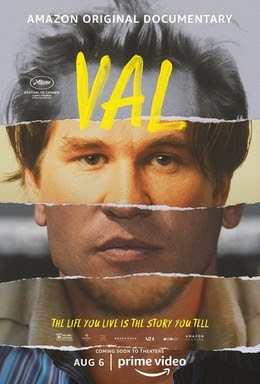 I've never thought of myself as a Val Kilmer fan. I remember him mostly for doing the weird chomping thing with his teeth in Top Gun,  but Kilmer's poignant reflection on life with his younger brother and the early death of that sibling, along with examining his own work, led me to a desire to watch more of his movies––especially Tombstone.

I found his comments on playing Batman in Batman Forever interesting because the Batsuit is so restrictive it precludes acting. He could barely move while in it, and couldn't see or hear.

Kilmer also talks about his preparation for the role of Jim Morrison in The Doors, a movie I did see. Kilmer is a graduate of The Julliard School of Drama. He takes his work seriously.

Val is a rarity in its intimacy. 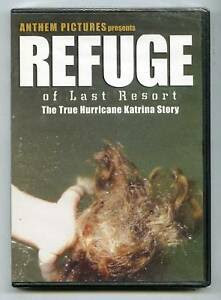 I've seen other documentaries about Hurricane Katrina, including Spike Lee's four-hour When The Levees Broke, but Refuge of Last Resort is striking in its simplicity.
Bills doesn't interview dozens of people in New Orleans, but the few he does interview say a lot in their brief comments. He also doesn't cover every aspect of what happened, but what he does cover is meaningful.
Especially striking are the words of a man who took refuge with his family in a hotel and when the storm ended and they needed supplies, set out for a Wal-Mart only to find it being looted by police officers and firefighters. Bills also shows his footage of pristine port-a-potties at the Superdome, unused because they arrived after everyone had been evacuated.
Refuge of Last Resort is heartbreaking.
Infinities of love,
Janie Junebug
Posted by Janie Junebug at Wednesday, August 11, 2021