MOVIE WEEKEND: ONCE UPON A TIME . . . IN HOLLYWOOD

It's been a while since we had a Movie Weekend, so start the popcorn. I'm happy to report I'm glad I spent time on Once Upon a Time . . . In Hollywood, although it's two hours and 41 minutes (2019, Rated R, I got the DVD from Netflix but I'm sure it's streaming in more than one place). 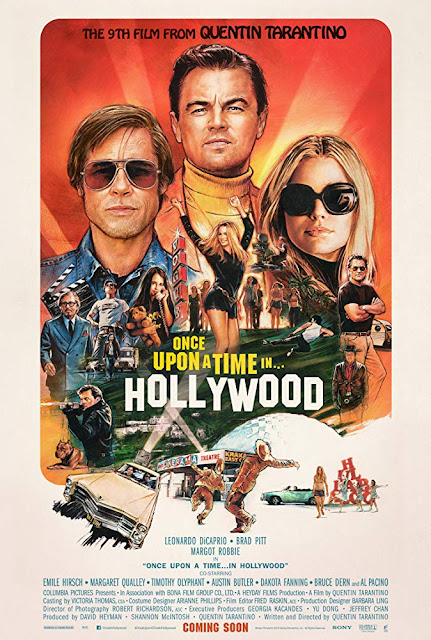 We never know what we'll get from Quentin Tarantino other than an interesting story, violence that's as carefully choreographed as a ballet, and cool characters. I'd say that the overarching theme of Once Upon a Time . . . In Hollywood is Old Hollywood merges with New Hollywood (New Hollywood is 1969). *Note: If you've seen this movie, please don't reveal the conclusion in your comment. It would ruin the movie for potential viewers.. However, if you want to tell us that you liked or disliked the movie, feel free.

Rick Dalton (Leonardo DiCaprio), along with his stunt double, Cliff Booth (Brad Pitt), represent Old Hollywood. The TV show Dalton starred in is over. He looks for parts in other shows and even sings on Hullabaloo––anything to stay in the public's view and keep working.


No wonder we have doubts about Dalton's ability to have a successful career. But then a number of incidents bring Rick Dalton and his best buddy Booth into New Hollywood. I'll mention only one of these events because this is a movie that should be allowed to unfold before you without a lot of information about the plot.

One evening Dalton and Booth head out and we note they live on Cielo Drive in Los Angeles. They see the "neighbors" in their car: Roman Polanski and his beautiful, budding-actress wife Sharon Tate (Margot Robbie). Dalton hopes to meet Polanski so he might get a part in a movie.


That's it. That's everything I have to tell you about the plot, other than the end of the movie gave me hope. I also want to mention that when Brad Pitt took off his shirt, I drooled. He's as gorgeous as ever at age 55. 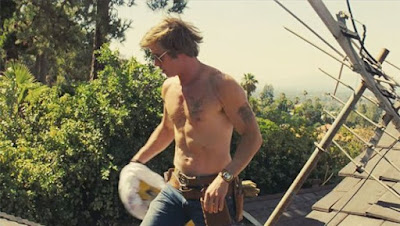 Let me know if you like the movie. I'm always curious. I understand, though, that some people won't watch a Tarantino movie for any reason.