Illness prevented me from writing this post immediately after Carol arrived, so many of you already know that she's here with me as my very own snow bird. When I was in so much pain and had to go to the emergency room, one of her friends told her, Carol, God always puts you right where you're needed.

And I have definitely needed her. I hope she's happy here. I know she's glad to escape the cold and snow of Wisconsin.

Carol arrived in October and will probably depart in May. She used to stay with one of her daughters, but the daughter moved back to Milwaukee and now lives in Carol's house there. I was happy to invite her to stay with me.

Carol and I met when I was hired as a crew leader for the 2010 Census and she was on my crew. I asked her to be one of my two assistant crew leaders because I could see that she had the intelligence and the patience for the job. She tells everyone that I was her boss. I always respond that I could never be her boss.

We like to go out gallivanting around together, even if the gallivanting only takes us to appointments with my doctors and to Costco.

Although it took me quite a bit of time because I tire easily, I've decorated for Christmas more this year than I had in a long time. Favorite Young Man never got his butt over here to get the decorations that were in the attic, so I asked the adorable young man next door if he could get them out for me. He could and he did. He just might become my new Favorite Young Man. I have promised him a batch of my best Norwegian cookies, but he might not receive them until after the holidays because the pain in my right shoulder won't allow me to stir the thick dough.

I decorated the living room, and I asked Carol if she would like to have a smaller tree that only had lights on it in her bedroom. She said, Sure. Then she decorated the tree so beautifully that we put it in the family room. Here's Carol at work: 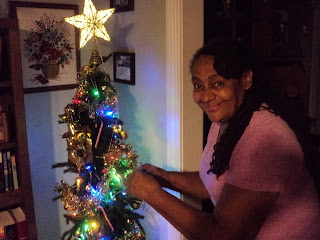 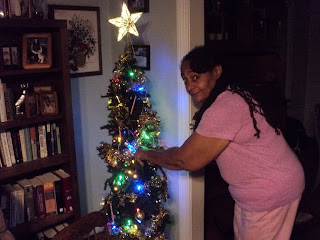 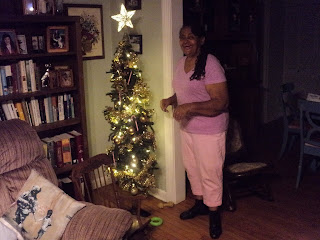 So now we have a gold tree. The larger tree in the living room has all my other decorations. We've decided that next Christmas we want a gold tree, a red tree, and a whatever's-left-over tree. Here's the living room: 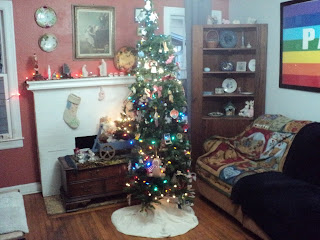 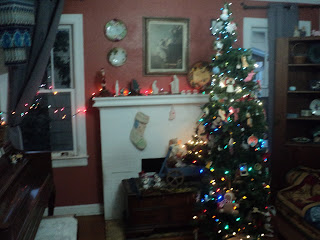 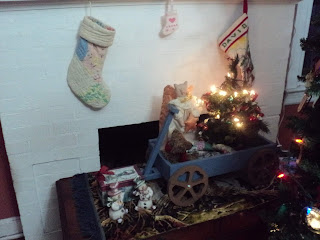 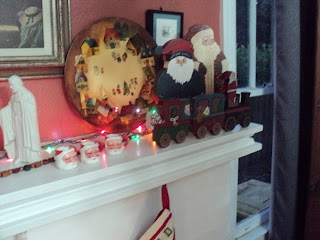 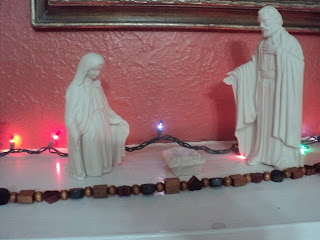 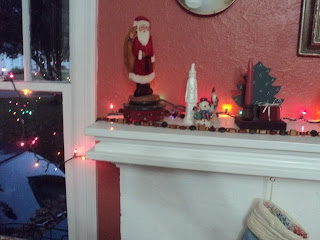 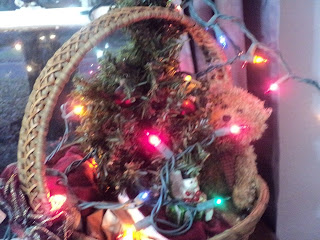 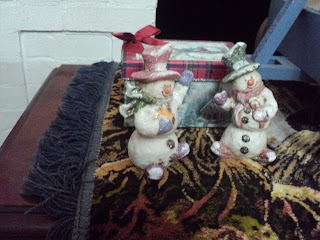 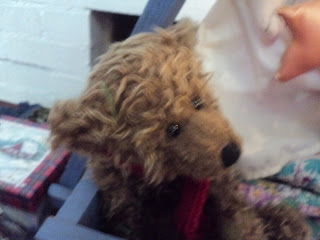 My mom painted the Santas and gave me many of the ornaments on the tree. I also tried to make a practice of buying special ornaments when we traveled. One was a woolly little sheep made by a member of the von Trapp family (we once stayed at their lodge in Vermont). Sadly, the sheep is no longer with us because the late, great Harper decided it was a doggy toy. He thought some other decorations were doggy toys, too. He taught me to put anything that might be considered a doggy toy up high on the tree.

And as angry parsnip says, here is your pretty for week. It's Carol, who looks so beautiful in her church-going finery: 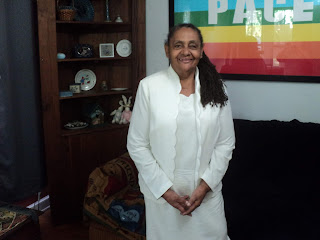 I also have a photo of Willy Dunne Woofers (we changed his last name because he loves the dogs) naked and sprawled out on my bed. Be glad that I don't share that photo with you.

Some of you might have seen on the news that we have two missing children here in Jacksonville. The Amber Alert came out yesterday afternoon. They were last seen playing in front of their house. They are six-year-old Braxton Williams - Male, 6 and his sister Bri'ya Williams - Female, 5. Please remember these children in your prayers or in whatever way you communicate with the universe. I burst into tears when I saw the alert. It hasn't been very long since a little girl disappeared in Jacksonville and her body was found in Alabama.

It's been more than 24 hours. They could be almost anywhere by now. Please watch for them.
Posted by Janie Junebug at Monday, December 16, 2019