OCTOBER QUESTION OF THE MONTH

Michael's question for October is the following: Who would play you in a movie of your life?

I think I've answered this question a couple of other times when I've received blog awards, thank you, yes, thank you very much, I feel honored by your adoration.

I remember one time I chose Christina Hendricks who played Joan on Mad Men: 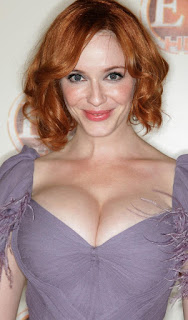 The problem is that Christina expands as I shrink.

Another time, or two, or three, I chose Lauren Graham: 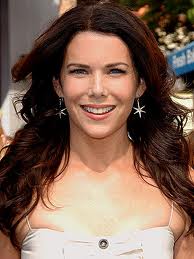 The problem is that Lauren Graham played Lorelai Gilmore, and in real life I am Lorelai Gilmore. I shouldn't have the actress who played me in a series also play me in a movie. Someone else deserves a chance to be me.

I talked it over with Willy Dunne Wooters, and we came up with the perfect choice: Elisabeth Moss, who played Peggy on Mad Men. I also thought she was great in my funniest of all time movie, Get Him To The Greek. And she's done other things, but I think it's the way she played Peggy that made her exactly right to play me.

Peggy started out as a vulnerable, naive girl, who ended up as a worldly woman. Look at the way she struts into her new office with all her stuff, cigarette hanging out of her mouth. Look out world, it's Peggy/Elisabeth!


I, too, was vulnerable and naive and ended up--well, I don't know what.

I don't smoke, that's for sure. But I've bossed some bosses around. Then I lost my Self, and I had to find me again. I've been working on that, and I have to admit it's getting better. It couldn't get much worse.

The great thing is that when Elisabeth is done playing me, we can skate away and go on to new and better things!


Thanks for the great question, Michael of A Life Examined.


P.S. I remembered something. When the final season of Mad Men rolled around, all sorts of TV critics and pundits wrote, It turns out that the show was about Peggy all along.

I knew it was about Peggy from the very first episode. So there, pundits! Bite my little pink butt!
Posted by Janie Junebug at Monday, October 05, 2015