WILLY DUNNE WOOTERS, THE PALMETTO BUG, AND THE ANTIQUE PLATE FROM NORWAY

Sunday evening Willy Dunne Wooters and I watched the season finale of Last Tango In Halifax, a romantic show on PBS that we love (WDW says we are just like the main characters). Then we stopped by the bedroom for a visit, just to make sure it hadn't disappeared as rooms sometimes do. After that, we cuddled on the couch in the living room as we said goodnight.

Suddenly I saw a ginormous, gihugic palmetto bug hanging around just below the edge of the fireplace mantel. I squealed and pointed. Willy Dunne Wooters said, Good God, that's a big one (I, too, had made that statement when we checked on the status of the bedroom).

I ran to get one of my yellow shoes, the yellow shoes I don't like very much because they aren't a true yellow. They're mustard.

I used the yellow shoe to try to smack the palmetto bug. The bastard escaped (they always do at first; they like to create a real competition in the area of Person v. Palmetto Bug) and ran up the wall and hid under a plate that's hanging above the mantel.

Finally the bastard scooted out and headed for the safety of the ceiling. Willy Dunne Wooters stood on my cedar chest, which lives in front of the fireplace that I don't use, and smacked the hell out of the palmetto bug. He hit that m#f! so hard that palmetto guts splattered the wall. 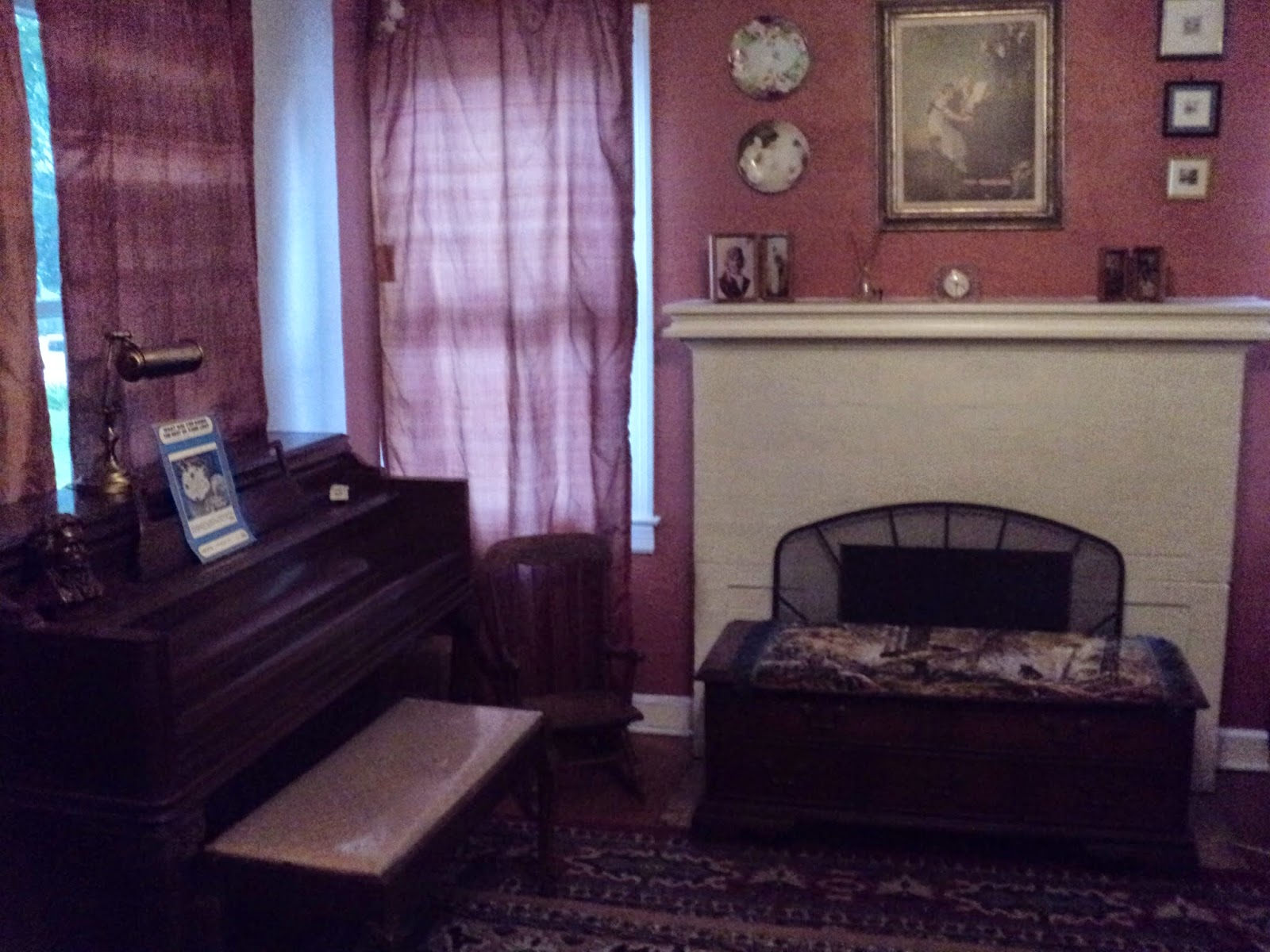 I'm sorry this photo is kind of dark.
Can you see the cedar chest in front of the fireplace?
It has a tapestry on top of it.
I was pretty darn impressed with the way that my WDW
jumped up there and smacked the palmetto bug
with the mustard shoe.


The late Mr. Palmetto fell on the mantel. I scooped him up with some toilet paper and flushed him. And, yes, I wailed the entire time.