I titled my post THE FIELDS MEDAL! THE FIELDS MEDAL! because of the sequence in Good Will Hunting when Sean (Robin Williams) chastises his former college roommate, Professor Gerald Lambeau (Stellan Skarsgard), for pushing Will (Matt Damon) to be what Lambeau wants Will to be.

Lambeau: You're angry at me for doing what you could have done; but ask yourself, Sean. Ask yourself if you want Will to feel that way, if you want him to feel like a failure.
Sean: Oh, you arrogant shit! That's why I don't come to the goddamned reunions, 'cause I can't stand that look in your eye. Ya know, that condescending, embarrassed look. You think I'm a failure. I know who I am, and I'm proud of what I do. I was a conscientious choice, I didn't fuck up! And you and your cronies think I'm some sort of pity case. You and your kiss-ass chorus following you around going, "The Fields Medal! The Fields Medal!" Why are you still so fuckin' afraid of failure?

I can't remember if it's in Good Will Hunting or something that I read––maybe A Beautiful Mind––that The Fields Medal is described as the Nobel Prize for mathematics, only it's so much more important that it's only awarded every four years.

This week has been a hard one. Sad for many of us. But at least one cool thing happened: for the first time ever, a woman won The Fields Medal. 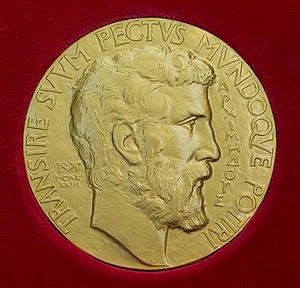 Maryam Mirzakahni, 37, is a professor at Stanford University. She grew up in Iran, so she is also the first Iranian to win The Fields. 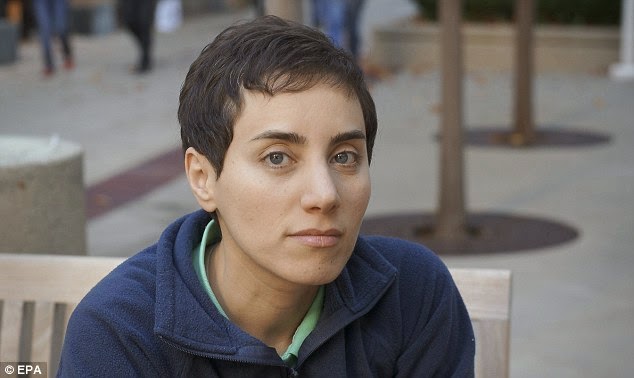 I hoped The Hurricane would be the first woman to win The Fields Medal, but it's okay by me that Maryam Mirzakahni paved the way.