In this post I whined and complained     bitched and moaned mentioned that I've been sick quite a few times since I started The Job.

For a while now, I've had a urinary tract infection that won't go away. My doctor finally narrowed down the problem this week: it's one of those creepy bacteria things that's hard to kill because it's resistant to most medications.

I've had two shots in my bottom (one for each cheek so they're equally sore), and I'm taking gigantic pills.

In that post, I also wrote about callers who think that I'm an automated system. Last week a woman yelled at me––she didn't know she was yelling at ME––because she thought I wasn't a person. She shouted, I jut want to talk to a real person and not this robot.

She apologized and explained that she thought I was the automated system. Recently, I had a reason to call our company's automated system. I listened to the voice of the woman and thought, I DO sound a bit like her––not robotic, but the sound of our voices is similar, along with the way that we pronounce words.

I wonder if she knows the difference between who and whom. If not, I'll have to educate her. 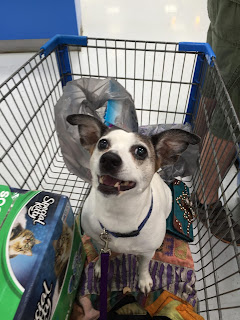 I saw a woman at Target with a Yorkie in her shopping cart. I assure you that Franklin and Penelope would not tolerate sitting in a cart. They'd run to the steaks and rip open all the packages.
Posted by Janie Junebug at Friday, August 31, 2018 40 comments 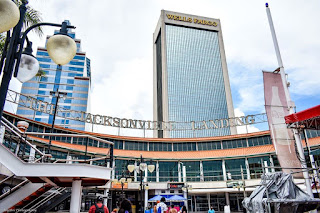 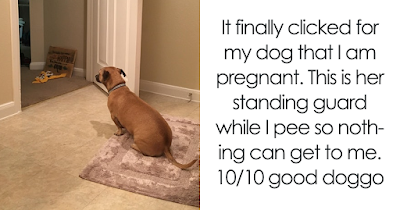 A MONTH GOES BY SO QUICKLY

I can't believe it's been more than a month since I've blogged.

I've been ill more often since I started working. I suppose it's all the exposure to other people and the environment, which is not too clean. The restrooms are cleaned during the day, but by evening they're pretty nasty. I wash my hands thoroughly, of course. When everything is kinda dirty, washing only does so much good.

The people who clean come around with those dusting thingies on long poles. They dust the top of the area around the desks, which serves to push the dirt onto the desks. I keep paper towels and a cleaning product in my desk drawer so I can give my desk regular cleanings. Although I have my "own" work area, I know other people use it when I'm not there. Heaven only knows what illnesses they leave on my keyboard.

One time I returned to work to find that someone had left used napkins in my top drawer!

I swear that place was cleaner when I started working there, not so very long ago. I'm certain that the bathrooms were cleaned more frequently. However, the people who use the bathrooms are a problem, too. I'm shocked by the number of people who can't be bothered to flush the toilet and who throw trash on the bathroom floor. What the hell?????

This evening I stopped at my favorite Mexican restaurant for a quick and inexpensive meal. I met a new server named Anaia, or maybe it's spelled Anaya. I'll have to ask her. She's from Colombia and has only been in the U.S. for four months.

Her English is good, but she said she needs to learn more words. I tried to use my limited Spanish to explain that one word can have multiple meanings and the meanings can vary based on the part of the country in which one lives.

I used "buggy" as an example. In the South, a buggy is a shopping cart. Then there's the baby buggy, which we don't see too often because it's been replaced by the stroller. Someone who is described as buggy might be considered loco. And if you have lots of cucarachas, your home is buggy.

One kind of strange thing has been happening at work when I take phone calls. I've been asked multiple times if I'm "real." Some people seem to think that I sound like an automated system. I'm taking it as a compliment because the first person who said it told me he asked because my voice is so perfect.

My co-workers confirmed that I pronounce words precisely and clearly. I guess it's a habit left from my days as a debater.

I leave you for now. I'll try not to let another month go by before I blog again. 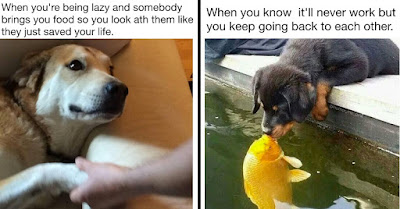